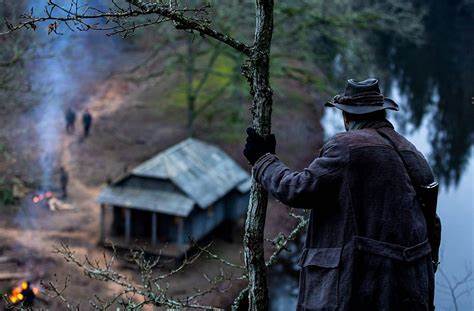 October 6 brings the premiere of what is claimed to be Latvia’s first ever Western movie – or to be more accurate, its first ever Eastern movie.

“Wild East. Where the trail leads”  promises a distinctly Latvian spin on the definitive American film genre, complete with horses, hats and six-guns.

“This will be a very powerful and dynamic cinematic experience that I want to bring to the audience. I have been interested in Westerns since childhood. This genre is insanely cinematic, and it is not for nothing that it is one of the first cinema genres… Latvian cinema has not seen such a pure adventure genre for a long time,” said the film’s director, Matīss Kaža, who studied movie-making in New York.

The film takes place in the second half of the 19th century, when an intended bride disappears from the manor of a Baltic German baron shortly before their wedding. Eva is aristocratic but she and her governess Magda decide to resist the baron’s dastardly intentions and implement an escape plan. However, Latvian farmer Mikus, who is falsely suspected of kidnapping the young lady, becomes embroiled in the action while a choice selection of the baronial henchmen, lawmen and bounty hunters pick up their trail.

The film was shot in Latvia, Italy and Sweden. The film production companies are “Fenixfilm” and “Deep Sea Studios”.

The film will premiere on October 6 at the Splendid Palace cinema in Rīga. From October 11, the film can also be seen throughout Latvia.