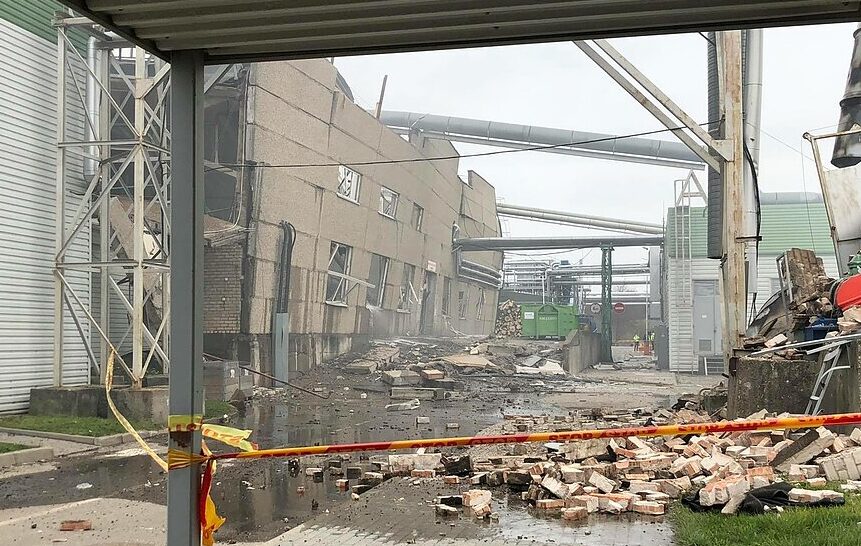 An explosion at a wood processing facility in the Lithuanian seaport of Klaipeda injured eight people on May 3. A building collapsed during the incident and 28 people were evacuated from the Vakaru Medienos Grupe (VMG) facility.

The Klaipeda fire department told Lithuanian news site Delfi.en that all eight injured people had been taken to hospital. Firefighters attended the scene after report of a fire at around 12:30 local time. The Klaipeda Fire and Rescue Board said that the situation was brought under control by 15:00 local time.

A biological facility collapsed as a result of the explosion. The Vakaru Medienos Grupe (VMG) facility is one of the largest wood processing and furniture production groups in the Baltic region, according to its website.

Published in Baltic states and Video