With the diminishing impact of the pandemic, banks stand ready to finance economic recovery 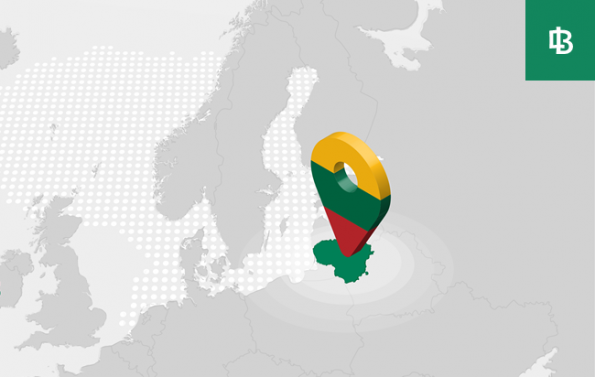 The ongoing pandemic has had its toll on Lithuania’s economy and credit demand. Despite the fact that its implications on different economic sectors greatly vary, the overall economic impact of the second wave of COVID-19 tends to be less severe. Such economic resilience allows for an improved outlook for GDP growth: as compared to December 2020, it was increased by 1 percentage point, to reach 2.9%.

“The services sector has taken the hardest hit from the pandemic and it is still constrained by various restrictions introduced in response to the COVID-19 outbreak. However, the industry and exporters are picking up the pace, making a significant contribution to a faster economic recovery. I am particularly delighted by recent developments in the exports structure and a substantial increase in the share of exports of higher value-added products, such as reagents used in the vaccine production,” said Vitas Vasiliauskas, Chairman of the Board of the Bank of Lithuania.

Supported by an injection of public funds comprising more than 9% of GDP, Lithuania’s economic contraction in 2020 amounted to only 0.8%, which was one of the best rates within the EU. Such economic resilience and the expected acceleration of the vaccination process lead to projections that the economy will get on a faster track to recovery in 2021. The Bank of Lithuania’s baseline economic development scenario foresees that some restrictions limiting the economic activity will be lifted in 2021, although part of them will remain in place for the upcoming several quarters. With the easing of containment measures, private consumption should significantly rise. It will be further encouraged by pent-up demand, as due to various restrictions both households and businesses had to postpone some purchases for the future. Under the baseline scenario, the country’s GDP is expected to increase by 2.9% this year and by 5.1% in the year to come. It is a more optimistic projection (by 1 percentage point) compared to that announced in December 2020.

Nevertheless, as uncertainty remains prevalent, Bank of Lithuania economists have also set out alternative economic development scenarios. The severe scenario foresees that the pandemic will be managed only partially in the near future, while GDP growth will reach 1.1% this year and 3.5% in 2022. Should the favourable scenario materialise, the pandemic will be managed rather successfully, whereas GDP growth is projected to reach 3.8% in 2021 and 6% in 2022.

With the evolving economic situation both in Lithuania and globally, the inflation rate is changing as well. Due to improved global sentiment and restricted oil extraction, oil prices have soared during the past few months. This in turn puts an upward pressure on headline inflation and will serve as the major driver behind its growth in 2021. However, growth in prices of food and services is decelerating, thus inflation is anticipated to remain rather subdued, reaching 1.6% in 2021 (compared to 1.1% in the previous projections) and 1.9% in 2022.

Wage growth is expected to outpace rising prices by 6.3% this year and 5.5% in 2022. The situation in the labour market has remained basically unchanged during the second wave of the pandemic: the number of the short-term unemployed (those unemployed for up to one month) is not currently increasing. The majority of businesses have adapted to the conditions of the pandemic, while the implemented state aid measures have helped preserve jobs.

Banking sector activities have remained stable. In order to ensure the stability of the banking sector, the Bank of Lithuania eased certain capital requirements in 2020, on the condition that the released capital has to be directed to the amortisation of potential losses and boosting economic recovery. The sector has so far successfully withstood all challenges posed by COVID‑19: the capital adequacy rate remains high, while the liquidity indicator at the end of 2020 was nearly 8 times higher than the minimum requirements.

In 2020, deposits with banks grew by almost 30%, reaching €32 billion. Individual deposits went up by one-fifth, while corporate deposits – by more than one-third. This trend was mainly determined by the fallout from the pandemic: households and businesses refrained from spending and were more willing to accumulate funds. At the same time, the borrowing trends diverged. During 2020, the household loan portfolio rose by 6.6% to €11 billion. It mainly comprised housing loans that grew by 7.7% and reached €8.8 billion. The corporate loan portfolio dropped by 15% to €7.8 billion. As a matter of fact, corporate borrowing demand was restrained by the introduced state aid measures, internal reserves and postponed development plans.

Bank assets grew by more than one-fifth (up to €38 billion), yet the highest increase was observed in funds with the Bank of Lithuania and other credit institutions, accounting for 41% of total bank assets. Banks had to spend nearly €43 million on interests which rose by as much as 65%, compared to 2019. In general, this factor, together with the doubled expenditure on the back of the worsened quality of the loan portfolio (€57 million), resulted in an almost one‑fifth decrease in the banking sector’s profits (to €280 million).