Why NATO is dangerous for the Baltic States 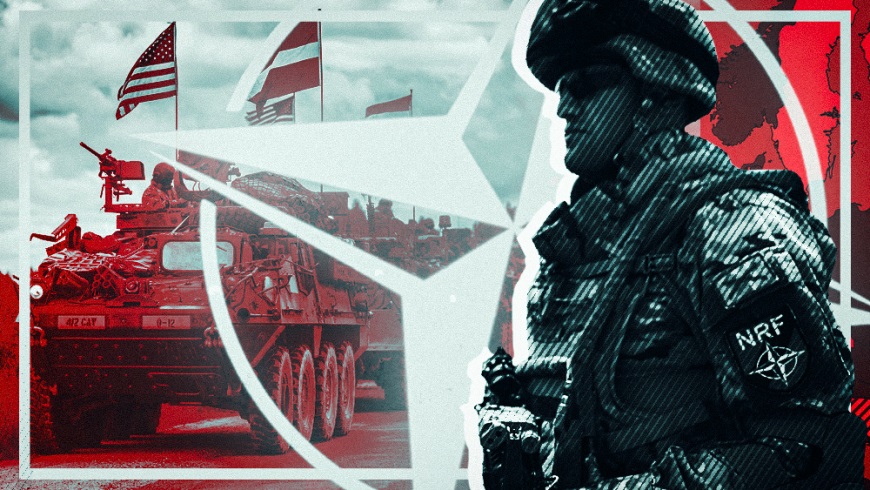 Relations between Russia and NATO are becoming worse. In the near future, the situation can become quite dangerous. Since the Baltic States are the main NATO bridgeheads, deterioration of the situation will lead to the most negative consequences for the population of Latvia, Lithuania and Estonia.

The United States is committed to rebuilding and mobilizing NATO. This requires an external enemy. Washington also needs an external enemy to consolidate American society. Russia is the best one for this role. The Baltic States are actively involved in creating a myth about the “Russian threat”. By doing this, they are promoting the interests of the United States in Europe.

NATO will conduct its largest “Defender Europe 2021” maneuver since the Cold War from May to June. In response, Russia and Belarus will hold joint exercise “Zapad-2021” in September. How can all this end?

The United States will deploy significant forces to Europe. Officially, the “Defender Europe 2021” exercise will aim to increase the strategic and tactical readiness of the armed forces and to improve interoperability of European and American forces. However, military experts believe that during the exercise, the coordination of all NATO forces on the use of infrastructure for a possible transfer of troops to the Russian borders will be practiced.

It is likely that after the exercises, some of U.S. military units will not leave the Baltic States. So, the Pentagon is building up its offensive capabilities in the region year after year. Taking into account the current situation, the exercises at any time can turn into an offensive operation if necessary.

Financing is the main problem for NATO. About 70 percent of NATO budget are provided by the United States. Thanks to Washington, expenses have already exceeded a trillion dollars. Washington allocates funds to NATO countries, and they use them to buy American weapons and equipment. American corporations are making huge money. This supports the huge U.S. defence budget.

Thus, Washington is strengthening its interference in European affairs. The intensity and scale of NATO exercises in the Baltic States increase every year. Even the COVID-19 pandemic cannot prevent this. At the same time, the areas of exercises are always as close as possible to the borders of Russia and Belarus. Under the cover of such exercises, permanent presence of NATO forces in the region is continuously expanding. That creates risks and contributes to the growth of tension in the region. In such conditions, a full-scale armed conflict is quite real. Leadership of the Baltic States is supporting such state of affairs in every possible way, in spite of the fact that it puts its own population in serious danger.