Why Lithuania must do more to reduce CO2 emissions 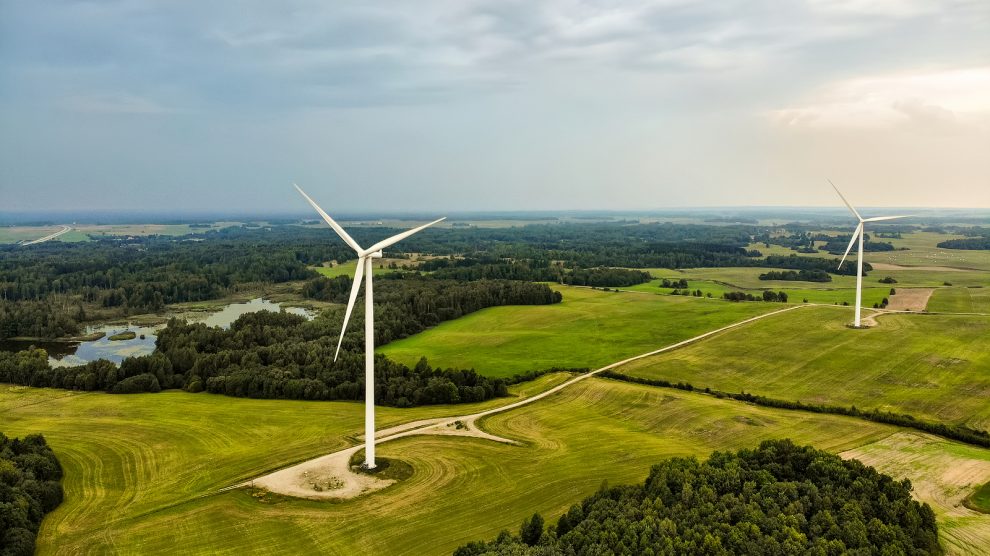 Lithuania must develop a coherent roadmap for the transition to net zero that specifies the role of transport, says a new report from the OECD.

Lithuania has significantly boosted its use of renewable energy and waste recycling but needs to do better in managing environmental impacts of transport and agriculture.

Policies will also need to be strengthened considerably for Lithuania to reach its 2030 and beyond climate targets and to improve biodiversity and water quality, according to a new report from the Organisation for Economic Co-operation and Development (OECD).

The OECD’s first Environmental Performance Review of Lithuania finds that while the share of renewables in Lithuania’s energy supply more than doubled to 22 per cent over 2005-18, twice the OECD average, greenhouse gas emissions have remained at the same level for a decade, as rapid growth in car and truck use led to a 38 per cent rise in emissions from road transport since 2009.

With Lithuania’s low population density and dispersed towns making road transport the dominant mode of travel for passengers and freight, transport emissions are projected to rise steeply until at least 2024 without additional measures.

Pressures on biodiversity
The review also looks at pressures on water quality and biodiversity from agriculture and finds that a shift towards intensive crop cultivation is worsening river and coastal water pollution from mineral fertilisers.

It calls for stricter limits for fertiliser use and awareness-raising initiatives for farmers.

“Lithuania has made very good progress on many environmental fronts,” says OECD Secretary-General Mathias Cormann. “Its per capita emissions are also below the OECD average. However more needs to be done to meet its climate goals, including that of reaching carbon neutrality by 2050.”

“Further measures to accelerate the shift to more sustainable mobility will be necessary to bring the transport sector into line with overall climate targets,” he adds.

The review supports Lithuania’s plan to use European Union Next Generation EU recovery funds to accelerate efforts to develop renewable energy generation and storage, to shift to alternative fuels in industry and transport, to introduce more electric vehicles and rail freight and to upgrade buildings and heating systems.

It also calls for greater efforts to bring energy taxation in line with environmental costs.

Lithuania is making ongoing improvements to its vehicle taxation policies, but tax rates on carbon dioxide (CO2) emissions from energy use are low, especially in the road sector. Lithuania has one of the OECD’s lowest excise duties on petrol and diesel and a much lower tax rate on diesel than petrol.

Taxes on both fuels should rise to encourage a shift to green vehicles, says the OECD, and tax rates for all fuels should be linked to CO2 emissions. Lithuania should also phase out support to fossil fuel consumption, which has risen over the past decade, while taking measures to limit the burden on the most affected firms and households.

Recovery and Resilience Plan approved
Lithuania also needs to continue its impressive progress in waste management. Having moved from landfilling almost all its waste to recycling and composting most of it in less than a decade, Lithuania should now focus on reversing the increase in per capita municipal waste generation and improving the productivity and lifespan of materials.

The European Commission approved Lithuania’s Recovery and Resilience Plan in July, which devotes 38 per cent of its total allocation of Next Generation EU funds (around 2.2 billion euros) to measures that support the achievement of climate objectives.

“This plan will help Lithuania to emerge stronger after the crisis. We will stand by Lithuania to fully implement it,” he said.

Unlike many news and information platforms, Emerging Europe is free to read, and always will be. There is no paywall here. We are independent, not affiliated with nor representing any political party or business organisation. We want the very best for emerging Europe, nothing more, nothing less. Your support will help us continue to spread the word about this amazing region.