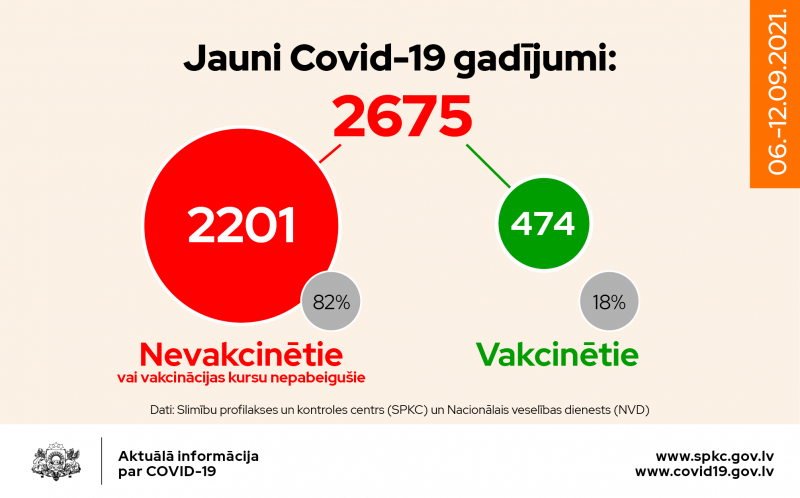 During the last week, from September 6 to September 12, the number of newly detected cases of Covid-19 increased by 21.7%, Disease Prevention and Control Center (SPKC) said September 13.

The number of virus patients admitted to hospitals also continued to increase, with a growth of 35%. An average of 218 patients were treated daily in hospitals last week (last week 161).

The increase in morbidity continued in all regions.

Of the newly identified cases, 2021 people, or 82%, had not been vaccinated against Covid-19 or had completed a vaccination course, while 474 or 18% were fully vaccinated.

In the previous week, the number of cases of Covid-19 imported has decreased slightly to 60 cases, representing 2.2% of all cases in Latvia.