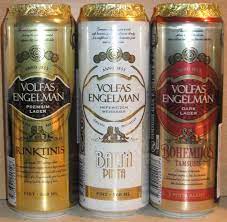 Walmart branches in Shenzhen, southern Guangdong Province, have taken canned beer made in Lithuania off the shelves after the city’s market watchdog had a complaint from a customer claiming expiration dates had been tampered with.

The customer, surnamed Qiu, alleged that the original expiration date on the can of Kalnapilis Royal Select beer he bought had been erased and replaced with a new date five months later, The Paper reported.

Market supervisors ordered Wamart to submit the declaration form and quarantine certificate of the beer batch produced on October 5, 2020.

Walmart started to recall the batch on May 14.

The case is under further investigation.