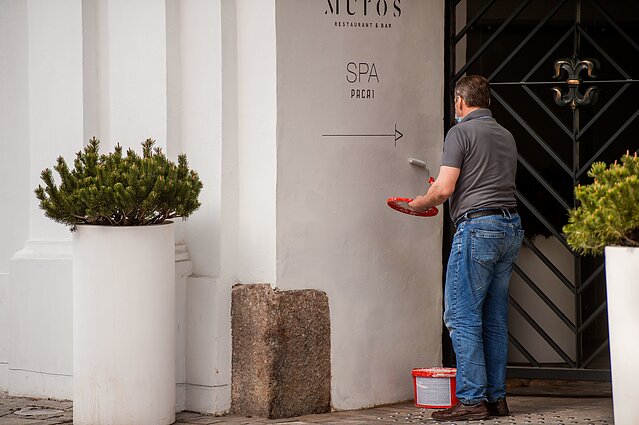 Some 11,700 businesses out of the 12,000 that applied have already received funds to cover wages of the furloughed employees, amounting to almost 10 million euros, according to Kukuraitis.

“We encourage companies to apply, since they have until [the end of] April to ask for subsidies to cover March,” he told LRT RADIO on Tuesday, adding that, in most cases, subsidies are paid out within two days of the application.

The minister said the process had gained momentum after initial delays.

Responding to criticism about slow payment of the subsidies, Social Security and Labour Ministry spokeswoman Eglė Samoškaitė said last week the process would speed up once new software was installed.

In all, the government plans to spend 1.1 billion euros on the instrument, according to Samoškaitė.

Self-employed people can apply for a fixed monthly payment of 257 euros during the coronavirus quarantine.

Commenting on the state of unemployment, Kukuraitis told LRT RADIO that fewer people applied for unemployment benefits in April than in March.