Vilnius to host a high-level seminar on EU Eastern Partnership 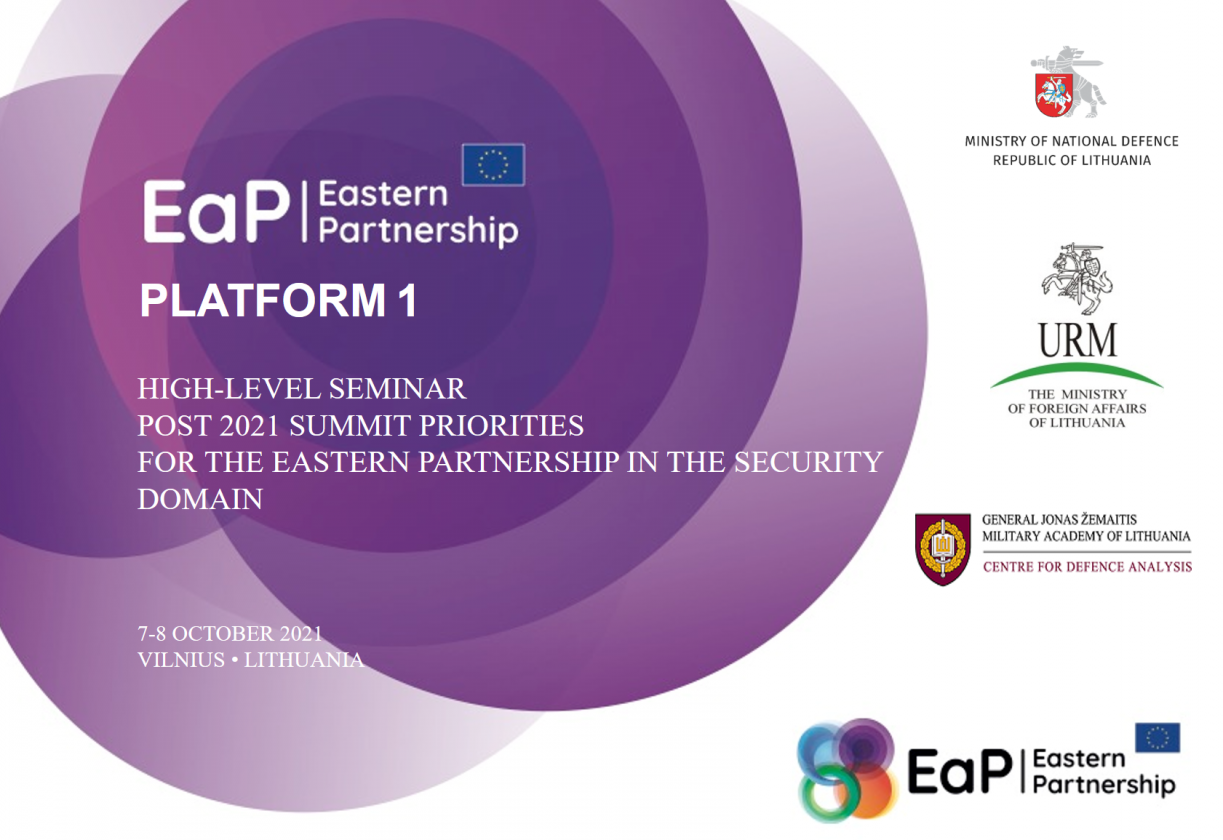 On October 7-8 Vilnius will host a high-level seminar on the prospects of the European Union Eastern Partnership policy in security and defence domain.

The event is co-organized by the European External Action Service (EEAS) Ministry of National Defence, Ministry of Foreign Affairs, and the General Jonas Žemaitis Military Academy of Lithuania. The seminar will address policy priorities of the EU Eastern Partnership ahead of the EU EaP Summit in December.

Expert-level seminars have been held in Lithuania since 2014.

“We highly prioritize the EaP policy, for which reason we are pulling together defence and foreign affairs officials and experts from Eastern Partnership, EU countries and institutions, to facilitate exchange of views and insights on the shaping and implementation of the EaP policy,” Vice Minister of National Defence Margiris Abukevičius says. He and Vice Minister of National Defence Egidijus Meilūnas will open the event on October 8.

According to M. Abukevičius, Lithuania aims for a stable and secure Eastern neighborhood of the European Union, which is sought by sharing knowledge and experience in order to build up the resilience of the Eastern neighbors against cyber and hybrid threats.

“We are working consistently on the reform of the Armed Forces of Georgia, Ukraine and the Republic of Moldova. Armenian and Azerbaijanian military personnel are invited to different training courses in Lithuania, expert-level consultations are organized,” tells Vice Minister M. Abukevičius.

The seminar will comprise four sessions of debates among members of the academia, representatives of European institutions and officials from EaP and European foreign and defence ministries on trends and prospects of the Eastern Partnership security and defence policy. The participants include Parliamentary State Secretary to the German Federal Minister of Defence Thomas Silberhorn, Director for Security and Defence Policy in the European External Action Service Joanneke Balfoort, Deputy Minister of Defence of Ukraine Anatolii Petrenko, the First Deputy Minister of Defence of Georgia Lela Chikovani, etc.

The debates will be moderated by Tomas Jermalavičius, Head of Studies at the International Centre for Defence and Security in Tallinn, former Minister of National Defence ad of Foreign Affairs Linas Linkevičius, Director at Institute of International Relations and Political Science Margarita Šešelgytė, and Defence Counselor at Lithuanian Embassy to Ukraine Robertas Šapronas.