Vilnius hospital finds 10 percent of its staff have symptomless coronavirus 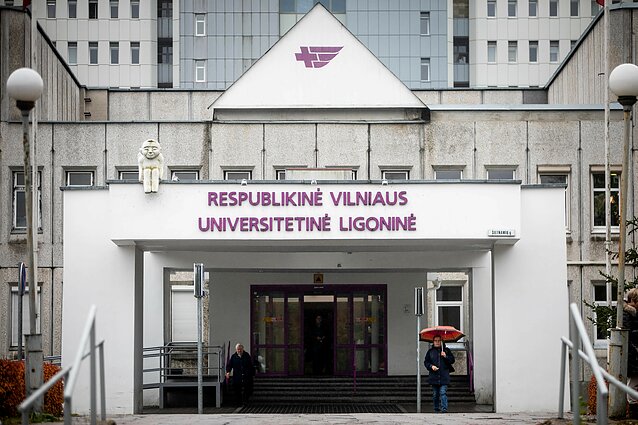 After testing nearly its entire staff, a Vilnius hospital found that 10 percent have the coronavirus without displaying any symptoms.

Vilnius University Hospital in Lazdynai tested some 1,300 of its workers, none of whom had any symptoms of Covid-19, and 129 of the tests came back positive, the hospital said in a statement.

In all, the institution, also known as Lazdynai Hospital, has some 1,800 members of staff, 329 of whom are currently on leave due to exposure to the coronavirus. They were not part of the survey.

The testing, which was carried out on December 14–16, was intended to give a more accurate estimate of the spread of the virus.

“The number of infected employees at the hospital has been on a sharp rise since late November. The preventative testing of 10–20 percent of the staff who work directly with patients is no longer enough,” Jelena Kutkauskienė, the director of the hospital, is quoted in the statement.

She said, however, that while the situation at the hospital is tense, it is “under control”.

The hospital has postponed non-urgent surgeries is only accepting patients who need emergency care, Kutkauskienė said.

“Every day, we are reorganising our operations, sending employees to departments that are hardest-pressed for staff,” she said.

According to Kutkauskienė, the hospital plans to test all its wmployees again next week.