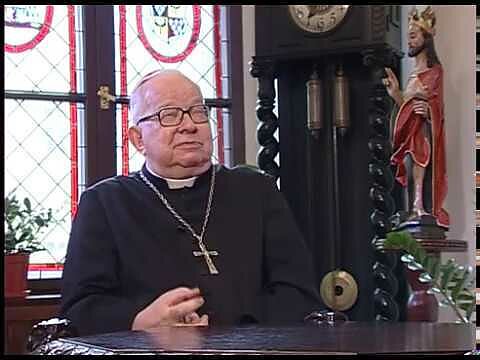 The recently deceased Cardinal of Wroclaw, Henryk Gulbinowicz, will remain an honorary citizen of Vilnius District, despite being sanctioned for abusing minors and covering up sexual crimes of other priests.

The authorities of the municipality – which covers the area around the Lithuanian capital, but not the city itself – claim there is not enough information and documents to revoke Gulbinowicz’s title.

In November this year, the apostolic nunciature in Poland sanctioned Gulbinowicz, who was born and educated in Lithuania, for covering up a priest convicted for sexual offences against minors. Sanctions followed the Holy See’s investigation into the cardinal’s misdemeanour.

It prohibited Gulbinowicz to attend any public church services and celebrations, as well as to use bishop’s insignia. He was also banned from being buried in St John the Baptist Cathedral in Wroclaw.

The 97-year-old cardinal died on November 16. In the death announcement, Archbishop Stanislaw Gadecki, head of the Polish Episcopal Conference, called for “God to forgive the deceased for the suffering he has caused to the victims and believers”.

The obituary published on the Polish-language website of Vilnius District Municipality did not mention Vatican’s sanctions.

But according to the Commission’s response, it did not have “any legal procedural documents”, such as court decisions, that could warrant revoking the cardinal’s honorary citizenship.

“In the absence of legal arguments, it would not be appropriate to initiate the procedure […] on the basis of information provided and escalated only in the media and public sphere,” wrote the response signed by Robert Komarovski, the chairman of the Honorary Citizenship Commission.

According to Duchnevič, the decision was strange.

“If Church authorities have already made the decision, why do we need additional decision from the law enforcement or courts?” he asked.

Previously, Marija Rekst, the mayor of Vilnius District (from the Electoral Action of Poles in Lithuania party), said that the Council “is not a judicial body and does not take decisions that judge or condemn people”.

Duchenevič said he would ask the Lithuanian Catholic Church to submit official documents regarding Cardinal Gulbinowicz’s misconduct and forward them to Vilnius District authorities for consideration.