By Vitaliy Timoschuk on Wednesday, June 3, 2020 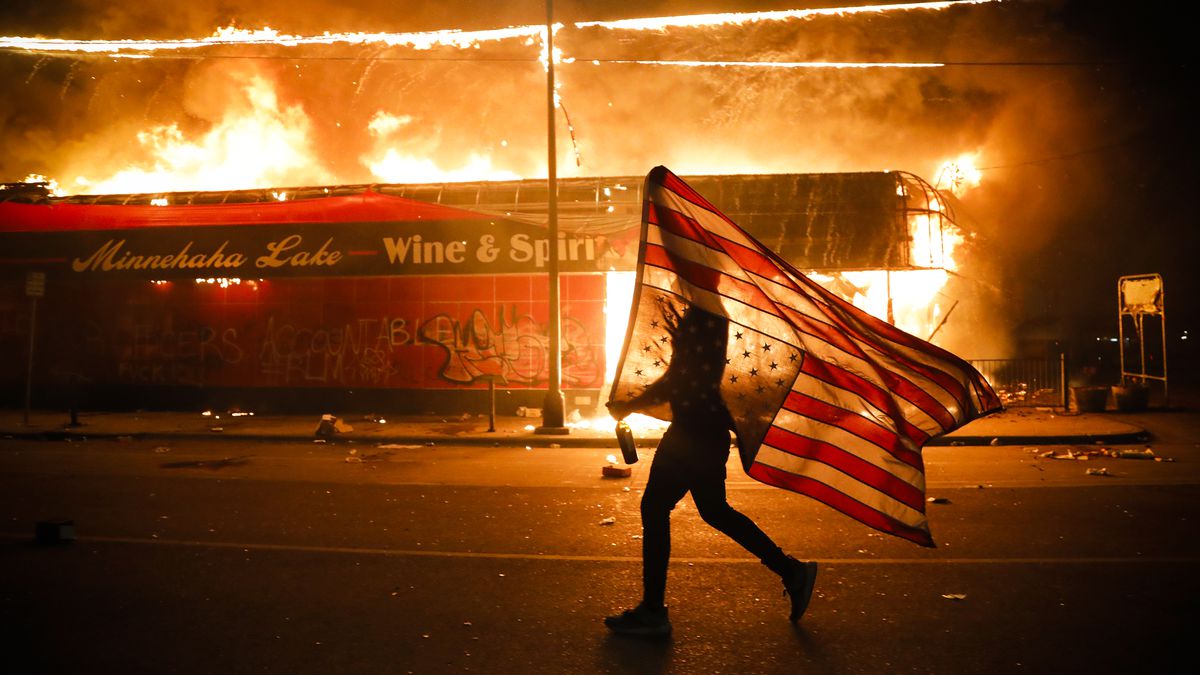 In the United States, riots that began due to the death of African American George Floyd are gaining strenth.

On May 25, an African American, George Floyd, was killed by a police officer in Minneapolis. The white policeman Derek Chauvin pressed his neck with his knee and held it like this for more than 7 minutes while George was lying face down on the road.

Suspected of paying for a pack of cigarettes purchased in a store, fake notes, Floyd repeatedly said: “I can’t breathe”, but the policeman did not stop pressing his neck. Officer Chauvin has repeatedly committed unjustified detention violence.

Protesters in Minneapolis ignore a government order to impose curfews. Protests are taking place in the city, people are breaking windows, robbing shops and setting fire to cars. Riots after the death of African American George Floyd at the hands of the police broke out in many cities in the United States: Washington, New York, Portland, Austin and others.

Even the White House was under siege. Protesters began clashes with a police cordon around the residence of the US President and demolished an impromptu fence set up nearby. The Presidential Security Service was forced to evacuate Donald Trump to a special bunker.

There are casualties on both sides.

The killing of a black man by a policeman is not new to America. Periodically, such incidents happen in the country. Naturally, each such case is a tragedy and it’s impossible to get used to it. But subsequent armed riots cannot be called a natural reaction to racial discrimination.

Looking at the riots in the most democratic state in the world, an analogy with the events of six years ago in Kiev involuntarily suggests itself. Already there are references to “heavenly African Americans” in the network by analogy with the Ukrainian “heavenly hundred” – victims of the Maidan.

Another murder of an African American by the policeman gave impetus to the beginning of massive and well-organized riots with the use of violence and weapons.

And such facts indicate that the technology of color revolutions developed by their own political technologists is being applied.

The United States has repeatedly applied these technologies to achieve its political goals in other continents. But there has always been a ban on the use of “color revolution technologies” to resolve internal political conflicts within the United States. Because the winner receives a country with a destroyed social sphere and economy.

The political situation ahead of the US presidential election is now so tense that opponents are not particularly worried about the prospects for long-term stability of the country.

The Blaze journalist in Dallas, Elijah Schaeffer, noted the similarity of the unrest in the United States with the events of six years ago in Ukraine. He points out that “the organizers directed the crowd where to go. They had pallets with a hundred bricks ready for the rioters. They shouted to the crowd: “Go left, there are 100 bricks on the corner. “This was not random chaos”.

It seems to me that the situation is unlikely to reach global chaos. Very soon riots and robberies will cause maximum censure by society and will be brutally suppressed.

But there is a high probability that after the autumn elections the situation may happen again. Because the losing side will obviously be very dissatisfied with the election results, and the temptation to change their results on the streets with weapons in their hands can be completely irresistible. And what a similar situation ended in Ukraine, we all remember.