US Nukes can be redeployed from Germany to Poland 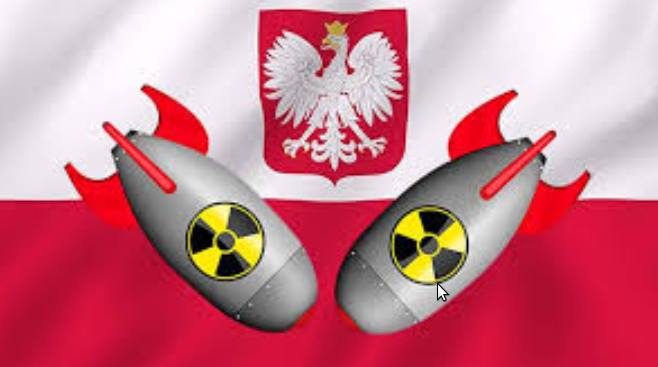 This gave rise to disputes in the ruling coalition of Germany over the redeployment of American nuclear weapons from the territory of the country. Representatives of the Social Democratic Party advocate the withdrawal of the arsenal, and the Christian Democratic Union (Angela Merkel) wants to leave the “nuclear umbrella.”

Given that Angela Merkel will soon leave politics, American politicians began to search for other options for deploying their nuclear bombs in Europe. An American diplomat, Georgette Mosbacher, working in Poland, came up with a provocative initiative. On her Twitter, she wrote: “If Germany wants to reduce nuclear weapons and weaken NATO, perhaps Poland, which pays a fair share, understands the risks and is on NATO’s eastern flank, could deploy these weapons on its territory”.

American nuclear weapons have been deployed in Germany since the 1950s. During the Cold War, the arsenal totaled up to 5,000 bombs. There are currently about 20 of them.

The Bundestag has been considering the withdrawal of US nuclear forces from the country since 2010. The most active supporters are the green and left-wing political parties. The position of the Social Democrats is unstable and changes periodically.

But now it was the representatives of the SDP that initiated the discussion about the need to refuse to deploy American nuclear aerial bombs in Germany. The head of the SDP faction, Rolf Mutzenich, said that the risks of escalation under US President Donald Trump have increased. He recalled that US authorities have revised the approach to nuclear weapons and made it clear that “it is necessary not only to deter, but also to wage wars.”

Last year, the Pentagon adopted the new Doctrine of Nuclear Operations, where noted on the opportunity to use nuclear weapons on a limited scale to change the course of conflicts using conventional weapons.

The SDP representatives motivate their proposals for the withdrawal of the American nuclear arsenal from the country by the low relyability of the United States as a partner. In particular, Rolf Mutzenich called Washington’s actions “unpredictable” and expressed doubt that in the event of a crisis the US authorities will heed the arguments of Germany. He was supported by the co-chair of the SDP, Norbert Walter-Boriance. He called for abandoning the replacement of Tornado with aircraft that could be equipped with nuclear weapons, and withdrawing from the alliance’s “joint nuclear missions” program.

However, Foreign Minister Heiko Maas, representing the SDP in the Bundestag, expressed the opposite opinion. He said that Germany’s refusal to deploy American nuclear weapons could undermine the country’s credibility with NATO. In addition, the politician said that US nuclear weapons give Germany additional weight in the negotiations on security issues within NATO.

In Poland, they are extremely positive about the deployment of American military bases on the territory of the country. What can not be said about the “nuclear umbrella”.

On the one hand, about five years ago, the Polish Ambassador to NATO, Tomasz Štatkowski (at that time he was the country’s Deputy Minister of Defense), announced the country’s desire to join NATO’s nuclear initiatives. However, last year, Foreign Minister Jacek Chaputovic in an interview with German Der Spiegel replied that “we don’t want this at all.”

It turns out that, on the one hand, the deployment of the US nuclear arsenal on its territory will increase the country’s credibility among NATO allies. On the other hand, this is a huge responsibility.

Poland recognizes nuclear guarantees from NATO and the United States as a basic element of European security, as well as NATO’s right to determine the location of nuclear weapons in the future, pledging to consistently fulfill its allied obligations.

Therefore, in the event of Germany’s refusal, Poland may be confronted with a fact.