US Black Hawk helicopters are to train in the Estonian airspace 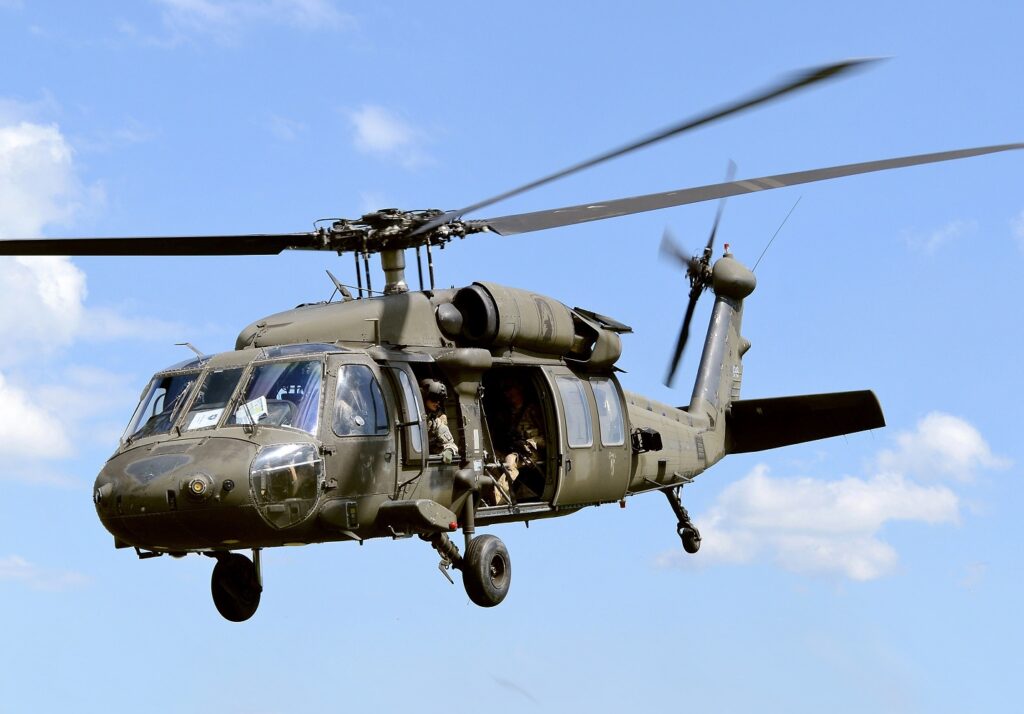 Many US Army’s UH-60 Black Hawk helicopters arrived in Ämari Air Base in Estonia on 13 September to take part in exercises around Ämari, the central polygon and around the town of Tapa in the following week.

The main purpose of the helicopters is to train their cooperation with the members of the Estonian Defence Forces. The helicopter pilots will do everything they can to disturb the local people’s every-day life as little as possible, the defence forces said in a statement.

The Black Hawks are part of the US Army’s 101st Combat Aviation Brigade and they’re based in Lielvarde Air Base in Latvia. The helicopters will return to their base on 18 September.

The UH-60 Black Hawk is a multi-purpose army helicopter, developed by Sikorsky. They’re used for aerial attacks, for transporting soldiers, for the evacuation of injured, for battle management and other tasks.

The Black Hawk entered service with the US Army’s 101st Combat Aviation Brigade of the 101st Airborne Division in June 1979. The US military first used the UH-60 in combat during the invasion of Grenada in 1983, and again in the invasion of Panama in 1989.

Used in the operation to kill bin Laden
During the Gulf War in 1991, the UH-60 participated in the largest air assault mission in US Army history with over 300 helicopters involved. Two UH-60s were shot down, both on 27 February 1991, while performing Combat Search and Rescue of other downed aircrews. Highly modified Black Hawks were employed during the US Special Operations mission that resulted in the death of Osama bin Laden during Operation Neptune Spear on 1 May 2011.

The Black Hawk helicopter was featured in the 1999 book, “Black Hawk Down: A Story of Modern War” by journalist Mark Bowden. It documents the efforts by the Unified Task Force to capture Somali faction leader Mohamed Farrah Aidid in 1993, and the resulting battle in Mogadishu between United States forces and Aidid’s militia.

One of the key events is the downing of two United States UH-60 Black Hawk helicopters, from which the book derives its title, and the attempt to rescue their crews. The raid became the most intense close combat in US military history since the Vietnam War.

Bowden’s book was the basis for the subsequent 2001 war movie, “Black Hawk Down”, by Ridley Scott.