‘Unprecedented’ rise in excess deaths among Lithuanians over 50 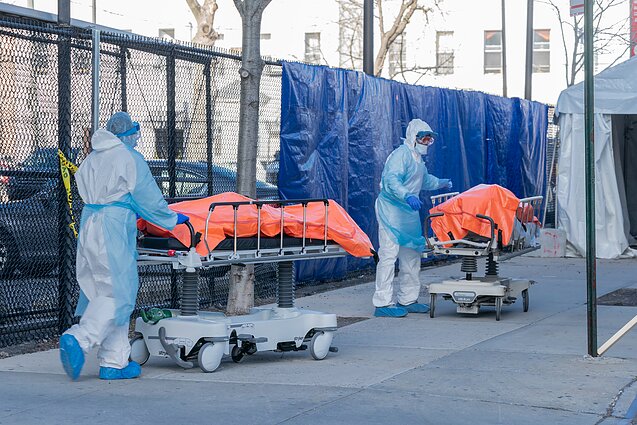 Excess mortality among Lithuanians aged over 50 has been increasing for nine weeks and is at “an unprecedented level”, according to the country’s statistics office.

“A statistically-reliable, above-the-norm level of excess deaths has been observed for at least nine weeks,” Jonas Bačelis, an analyst with Statistics Lithuania, told BNS.

“However, some growth is visible for previous weeks, too, only it is hidden in the natural fluctuations in mortality that occur from year to year.”

Last week alone, the number of deaths was around 60 percent higher than usual.

“In the 50th week (of the year), you would typically expect around 730 deaths. In 2020, however, that week saw about 425 more deaths,” Bačelis said, describing the number of excess deaths as “unprecedented”.

Rūta Ustinavičienė of the Institute of Hygiene told the parliamentary Committee on Health Affairs on Wednesday that the absolute number of deaths had been on the decline between 2017 and 2019.

The figure shot up this year, however, due mostly to cardiovascular diseases, the cause of more than half of all deaths in Lithuania, according to Ustinavičienė.

The latest data for October show a similar trend, she noted.

Former Health Minister Aurelijus Veryga has said that “a certain number of coronavirus deaths could account for” the increase in mortality, adding that a procedure for testing people who die at home was being worked out.

As of Wednesday, Lithuania’s coronavirus death toll stands at 907, and 440 infected people have died of other causes.

A total of 99,869 people have tested positive for the coronavirus in Lithuania so far. The country currently has 55,143 active cases and 43,379 recoveries.