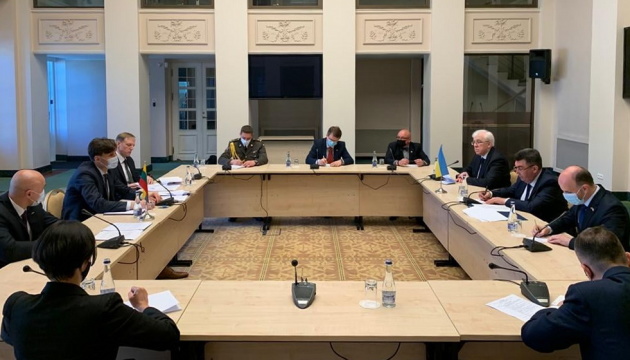 According to the report, Danilov met with Soloch as part of a working visit to Lithuania on May 31-June 1.

Both parties paid special attention to the importance of supporting Ukraine ahead of the NATO summit in June this year.

Soloch said that Poland would continue to support Ukraine in its Euro-Atlantic aspirations on all international platforms.

They also discussed the possibility of including LitPolUkrBrig in official NATO documents with the possible further involvement of troops from other NATO member states in joint exercises with this brigade.

On June 1, Danilov and Deputy Head of the Ukrainian President’s Office Ihor Zhovkva took part in a meeting of foreign policy advisers and national security advisers to the presidents of Lithuania, Latvia, Estonia and Poland. Issues of the political situation and security on Ukraine’s borders, including in the context of the NATO summit, were raised at the meeting.

The participants in the meeting also met with President of Lithuania Gitanas Nauseda.