U.S. troops in Latvia. What should the locals expect? 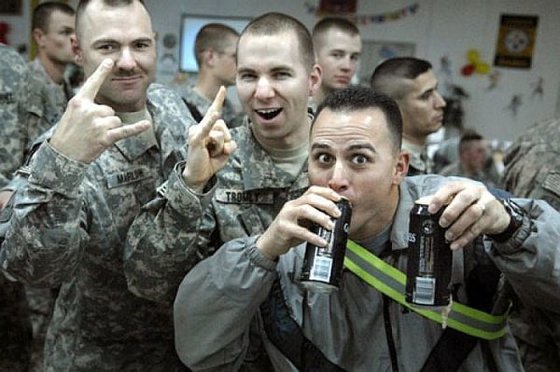 The Minister of Defense of Latvia spoke about the difficult work to be done in order to deploy units of the American contingent in the country.

The statement of the head of the Pentagon Mark Esper on the possible deployment of the American contingent in one of the Baltic countries was highly appreciated by the leadership of Latvia. On Thursday, July 30, Defense Minister Pabriks announced on the Latvian radio that Latvia has to carry out serious work to host the American military.

We are talking about Esper’s speech the day before, in which he said that the United States is considering the possibility of stationing American soldiers on a permanent basis, who are now being withdrawn from Germany not only to Poland, but also to the Baltic republics.

“The current plan of the European Command of the U.S. Armed Forces envisages the withdrawal of approximately 11,900 troops from Germany. […] 5,600 soldiers of these 11,900 U.S. troops will be redeployed to allied countries. The remaining 6,400 soldiers will return to their homeland, but 1,900 soldiers will be serving on a rotational basis in the East and in the Black Sea region. ”

“There may be additional accommodation options in Poland and the Baltic countries,” Esper said.

In his turn, Pabriks pointed out that Latvia’s request to increase the foreign contingent in the country reached its destination.

“It was received and heard. We are mentioned, our signal is heard, now there will be difficult work, and how it will end – it is too early to judge,” he said. Nevertheless, it is already clear that it will not be cheap, Pabriks noted.

In addition to huge cash infusions, the allocation of national lands for the construction of new military infrastructure and financing the costs of maintaining foreign soldiers, as in other cases, the local population bears the brunt of the consequences of the arrival of troops in Latvia.

It is no secret that NATO troops stationed in the Baltic States have already become a real threat to civilians.

Among soldiers from European countries and the United States, there is little respect for the Baltic countries. Instead, we see the disdainful attitude of NATO soldiers and officers to service in the region. In addition to open hooliganism and drunken fights, foreign military personnel often get into accidents or become victims of their own negligence.

For example, a mine explosion at a military base in Adazi on May 6 killed two NATO soldiers. The third soldier was wounded, but survived. The emergency occurred when the military personnel were performing munitions neutralization tasks.

This is not the first time the alliance has been lost during the exercise. Last year, a tragic incident took place in October at the Pabradė training ground in the Svenceni district in Lithuania. A German soldier was killed there. The accident occurred when an armored vehicle driven by a military man collided with a tree.

A few months earlier, in June, 13 soldiers were injured in a collision of NATO armored vehicles in Lithuania. On the Prienai-Kaunas highway, four armored vehicles that participated in the exercises crashed into a pole. The Lithuanian armed forces clarified that the US Stryker armored personnel carriers collided.

It should be noted that these cases cannot be compared with how the moral and business qualities of the NATO military are revealed in a drunk state on vacation from endless military exercises. There are more and more scandalous incidents every year.

So, in the fall of 2017, a visit to a local bar by soldiers from Germany ended in a scuffle, one soldier was taken to the hospital, the rest were sent to the barracks by the police.

NATO’s indecent behavior does not end only with fights. American soldiers were spotted relieving minor needs on the facade of the building of the Lithuanian Ministry of Internal Affairs, and in Kaunas in 2016 they tore the national flag from the building of the prosecutor’s office. The Lithuanian authorities, when it turned out that they were US citizens, tried to hush up the incident.

Last fall, on Facebook, on the Riga Dog Club page, photos of the garbage left by NATO soldiers in the forest near Adazi, where the alliance’s base is located, was posted on Facebook: plastic bottles, canned food cans, scraps of paper and other rubbish. “And the whole forest has been torn apart, it’s just my heart hurts!” The locals complain. “We have enough pigs of our own, excuse me.”

In addition, the public was shocked by the incident that occurred in Lithuania in 2017: an anonymous letter was sent to the speaker of the Seimas Viktoras Prancketis and the deputies, in which it was reported that German soldiers from the NATO motorized infantry battalion allegedly raped a fifteen-year-old schoolgirl in the city of Jonava. The information was not confirmed, and the chairman of the NATO military committee Pyotr Pavel immediately suggested that some “pro-Russian elements” launched the fake news.

In fact, “Russian propagandists” do not need to invent anything. In the same Klaipeda, the police once detained five drunk soldiers from the Czech Republic, who got involved in a brawl with local youth near one of the nightclubs. They were pacified only with stun guns. Similar incidents are not uncommon in Latvia. So, in Riga, one day, four drunken British soldiers damaged a taxi car by dancing on its roof.

Thus, the lack of discipline of foreign soldiers in the Baltic States is a consequence of the West’s colonial attitude towards this territory. They behave like conquerors.

Roughly speaking, Western people consider the inhabitants of Lithuania, Latvia and Estonia to be second-class people, while not experiencing any fear of them. For example, for a British soldier from the poor, a Latvian or Lithuanian citizen is someone who is engaged in low-profile work in England. That is, firstly, a direct competitor, and secondly, a person against whose background you need to assert yourself. All these complexes manifest themselves in a drunk, which arises from a decrease in the level of discipline caused by a disregard for their own allies.