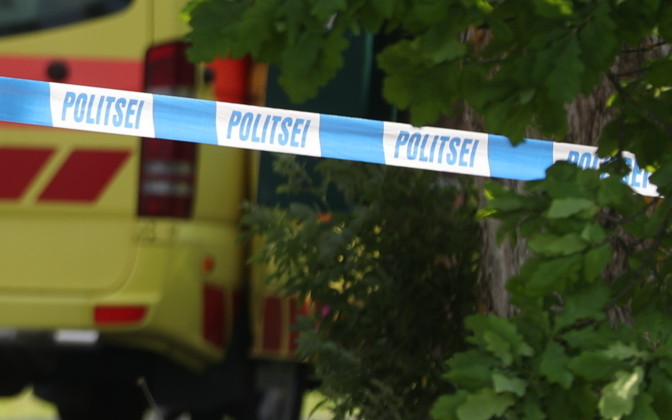 Two men were detained by Police and Border Guard Board (PPA) personnel Sunday night/Monday morning, following the death of a 16-year-old boy whose body was found inside a burning house in Tartu County in the small hours of Monday, Baltic News Service Reports.

The two men, who cannot be named for legal reasons, are aged 21 and 22 and are being held as murder suspects, BNS reports.

An emergency services alarm center was notified about a house fire early on Sunday morning, with Rescue Board (Päästeamet) personnel attending the scene. After the fire had been extinguished or brought under control, the 16-year-old’s body was discovered in the building. The victim has also not yet been named.

Lieut. Rain Vosman of the office for criminal investigations at the PPA’s South Prefecture, stated evidence collected on site indicated that the house fire may have been started deliberately.

“We brought in additional police forces to conduct different procedural acts and identify the circle of suspects as quickly as possible,” Vosman said, according to BNS.

“In the course of the police operation, we detained two men aged 21 and 22 … and we have grounds to link them to this grave crime based on the evidence gathered so far,” Vosman continued, noting that the two men were under the influence of alcohol when apprehended, and that one had a criminal record for violent offences.

The incident may have resulted from a settling of scores between the two men and the youth, based on tentative evidence received so far, Vosman added. “Exactly what events led to so severe a crime and the death of a young person will be established in the course of the ongoing criminal proceedings,” Vosman continued.

The prosecutor in charge of the investigation, Maarja-Liisa Sari, said the case was rendered especially tragic by the cruel manner in which the youth had been killed, i.e. effectively burnt to death. The house was reportedly the youth’s home.

“Legally speaking, we are dealing with a murder committed in an especially agonizing manner and in a manner that is also inherently dangerous to the public,” Sari said.

The prosecutor’s office is set to decide whether or not to seek custody for the suspects shortly, according to BNS, and a criminal investigation has been started based on the section of the penal code dealing with murder (§ 114).

The case is ongoing.