Turkey ‘cannot become a member of the EU’ 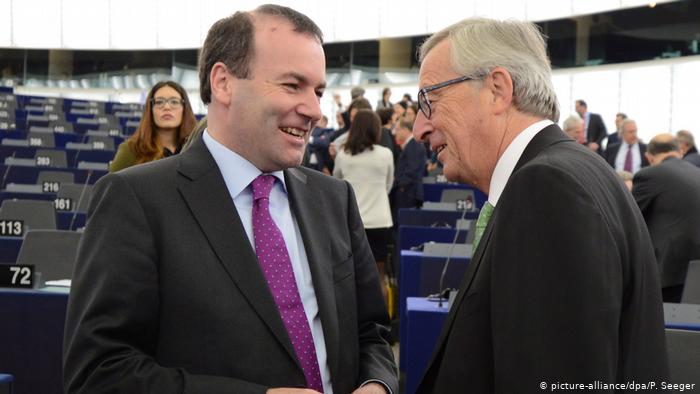 Weber is the leading candidate for the centre-right EPP in next month’s European Parliament elections.

“On Turkey, I believe in strong cooperation like we did with the migration treaty,” Weber told Euronews, adding that “stronger” economic and cultural ties should also be considered.

But he also reiterated that he is against Turkey’s membership: “You want to have a strong and solid, good relationship between Turkey and the EU but I think we should be honest and that includes that Turkey cannot become a member of the EU.”

Turkey has officially been a candidate to join the EU since 1999. Accession negotiations started in October 2005 but stalled in 2016 after the two parties reached a deal on migrants and refugees despite accelerated membership negotiations being one of the conditions.

Under the treaty, Ankara was to take back any Syrian refugee who illegally reached Greece while Europe would in return, welcome Syrian refugees already in Turkey. The EU also granted visa-free access to the bloc to Turkish citizens and agreed to a €3 billion financial aid to deal with the crisis.

Earlier this year, the EU said that Turkey’s desire to join the bloc “needs to be matched by corresponding reforms” and that the country “has been moving further away from the European Union.”

It criticised the “continuing and deeply worrying backsliding in the areas of fundamental rights and the rule of law” as well as the “deterioration of the independence and functioning of the judiciary.”

Weber, who launched his campaign plan for the European elections from Athens, Greece, on Tuesday, also pledged to fight against nationalism “from the left and from the right.”

“I want to fight against those who tell people to go back to the nation, go back to egoism because it will create no future for all of us,” he told Euronews.