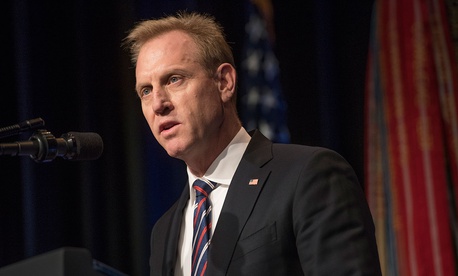 An investigation has been launched to determine whether acting Defense Secretary Patrick Shanahan violated ethics rules by promoting products made by his former employer, Boeing, while serving in his current role at the Pentagon, the Defense Department’s inspector general announced Wednesday.

Shanahan, who worked at Boeing for more than 30 years prior to taking a job at the Pentagon, has faced accusations of being overly warm toward the company and claims that he “disparaged the company’s competitors to his subordinates” from a federal watchdog called Citizens for Responsibility and Ethics.

CREW filed a complaint last week asking the inspector general to launch a probe into whether Shanahan’s actions violated his signed ethics agreement which aims to ensure there are no conflicts of interest with Boeing while he is at the Pentagon.

“The Department of Defense Office of Inspector General has decided to investigate complaints that we recently received that Acting Secretary Shanahan allegedly took actions to promote his former employer, Boeing, and disparage its competitors, allegedly in violation of ethics rules,” a spokesman for the office said in a statement.

“In his recent Senate Armed Services Committee testimony, Acting Secretary Shanahan stated that he supported an investigation into these allegations. We have informed him that we have opened this investigation,” the statement said.

A US defense official told CNN Wednesday that the IG precisely chose to use the word investigation because there is enough credible initial information beyond the complaint filed by CREW to warrant a probe into whether Shanahan violated his ethics agreement.

The IG has not yet come to a conclusion as to whether a violation occurred, the official emphasized.

Lt. Col. Joe Buccino, a spokesman for Shanahan said in a statement that “Acting Secretary of Defense Shanahan welcomes the Inspector General’s review of the complaint filed by Citizens for Responsibility and Ethics in Washington.”

“Acting Secretary Shanahan has at all times remained committed to upholding his ethics agreement filed with the DoD. This agreement ensures any matters pertaining to Boeing are handled by appropriate officials within the Pentagon to eliminate any perceived or actual conflict of interest issue with Boeing,” he said.

Last week Shanahan was asked by Sen. Richard Blumenthal whether he supports such an investigation by the IG, Shanahan said, “yes, I do.”

Shanahan has been one of the names under consideration to be nominated by President Donald Trump as the full-time secretary of defense.