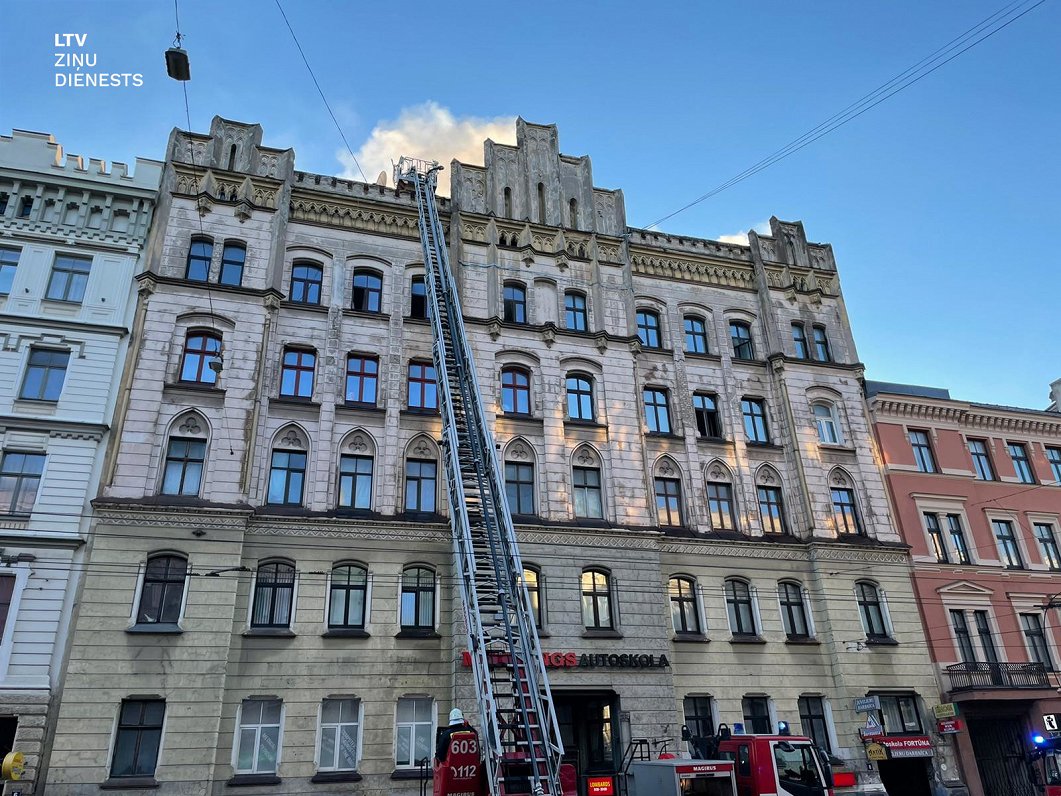 On websites where travelers rate accommodation, the  overall rating   for the hostel is weak. Many former clients have given it the lowest possible evaluation and warned others about dirt and bugs, suspicious residents, alcohol and drug abuse.

As reported  earlier by LSM,   authorities had had the illegal hostel on their radar for a while. Arbitrary construction, ignoring fire safety requirements, illegal business, epidemiological security violations, ongoing conflicts between customers and complaints from neighbors were the reasons, according to State Police (VP) and State Fire and Rescue Service (VUGD).

These problems in the hostel of Merķeļa Street, where eight people died in a fire, were known by all responsible services, and several visits had been paid, but no one stopped the business operating.

After inspections, the construction board gave the owner a half-year period of notice to correct the breaches identified, and required the immediate cessation of the hostel business on the premises. But that had not happened.

In response to the question who was obliged to control the owner’s compliance with the decision taken by the construction board, the representative of the authority Edgars Butāns said: “In principle, it was [the owner] himself. The board does not have the resources to follow up on the objects. Therefore, we rely primarily on compliance. Even if we find irregularities, we have no right to evict these people from the premises.”

According to the construction board, they had not known that the hostel was continuing business. On the other hand, the municipal police, who went to this address often to settle drunken conflicts and prevent noise, had not been informed that the construction board had stopped the operation of this hostel and that people should not be there at all.

Publicly available databases show that the owner of the burned apartment and hostel is Andrejs Gailis. LTV Panorāma managed to contact him, but he refused to comment on what had happened.

Currently, criminal proceedings have been initiated following three articles of the Criminal Law, on intentional violation of fire protection rules and destruction of property, as well as on business without permission.

The Chief of the Criminal Police Administration of the State Police, Juris Staļģevics told LTV that three persons have already been detained in this case, including the officially registered apartment owner.

He also said that of the eight dead people, six could not be identified yet.

In connection with the fire in Riga, Merķeļa Street 8, the single phone number 371 67829250 and the e-mail address:  [email protected]   have been created. Contacting the police via these means, people close to the victims can find out necessary information in relation to those who died in the fire and help the police identify the victims.