‘They didn’t know there were so many artists’. Lithuanian government grants run out on day one 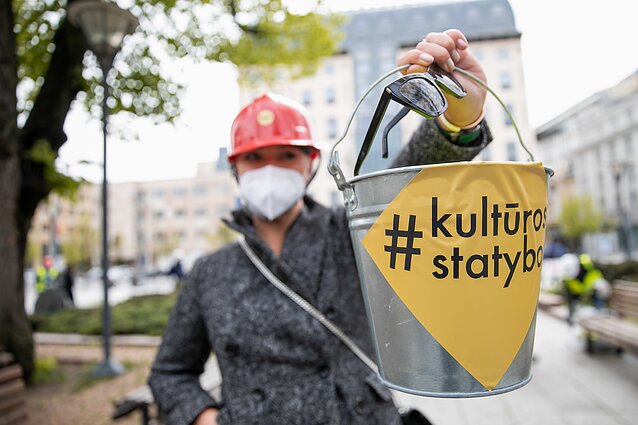 The LKT, part of the country’s Culture Ministry, estimated that the 750,000 euros allocated for one-off payments of 600 to 1,800 euros would be enough for 800 applicants.

However, after receiving 880 applications only a day after the scheme was announced on May 6, the council stopped accepting applications.

The LKT “didn’t think there are so many artists in Lithuania,” MP Vytautas Kernagis, part of the parliament’s culture committee, said on Facebook.

The subsidy is open to musicians, actors and other artists who lost their source of income and were self-employed at the time when the quarantine was announced on March 16.

“As soon the culture minister shows off that we’ve finally overtaken the Estonians and now culture in Lithuania is ‘best-funded in the word’, [he] stops accepting applications […] from self-employed creators,” said Kernagis, who is also a member of the conservatives in the parliamentary opposition.

Meanwhile, the LKT said they had to stop the scheme in order to process the existing applications. “We will announce in the near future, if we will have the possibility to accept further requests,” it said.

Head of administration at the LKT, Mindaugas Bundza, told ELTA news agency that the council “had outlined that the applications would be considered under a first-come-first-served basis as long as there were funds in the programme”.

The council knew it would have to halt the scheme once 800 applications were received, he said. Meanwhile, the country’s Culture Minister has allocated 2.7 million euros for 600-euro monthly stipends for cultural workers and artists, in a scheme separate from the one-off grants.