The Saeima is viewing amendments to the Postal Law 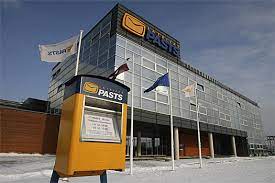 The Saeima is viewing amendments to the Postal Law which will allow customs to inspect suspicious mailings more closely.

Deputy Director of the State Revenue Service (VID) Customs Administration Sandra Kārkliņa-Ādmine said that customs control all mailings arriving in Latvia via both Latvijas Pasts postal service and courier services. Last year, narcotic substances were found in 592 shipments, 192 in eight months this year, but the volume has remained similar.

Kārkliņa-Ādmine said: “If you look at the volume of drugs, such as marijuana or methamphetamine, or hashish, the volume is similar to that of previous years. The volume of pills and LSD tabs have also declined in shipments. [..] We have identified drugs from different countries, of course, the Netherlands, the United Kingdom, China, also India. If we look at the mailings themselves, they are small because they are basically hidden in small packages or low-value items, including letters and greeting cards. Many are very small, a few grams, but we’ve also had shipments where that volume is half a kilogram.”

Amendments to the Postal Law were prepared by the Ministry of Finance and were viewed last week by Saeima’s Economic, Agricultural, Environmental and Regional Policy Committee.

Chair of the Committee Krišjānis Feldmans (New Conservative Party) said: “This draft law defines what exactly is a suspicious mailing, also extends prohibitions on mail content, namely that raw materials intended for the manufacture of narcotic drugs, specifically referred to as precursors, should not be mailed, and new psychoactive substances or articles containing them are also banned. The action of Latvian Post employees is also determined by identifying potentially suspicious mailings containing these narcotic or psychotropic substances or raw materials intended for the manufacture of the relevant substances, namely by providing for specific reporting procedures.”

Beāte Krauze-Čebotare, head of the Omniva network, said that cooperation with the VID Customs Police was good and that drugs and other banned substances were found only once in three years in their shipments.

She said:  “We too have Omniva built-in systems with different types of algorithms to recognize shipments that could potentially contain different banned substances. If we have such a warning from the system, then we use it, also if there is a poorly packed shipment when you can see from outside that there is something banned in there. Of course, we are in favor of everything that facilitates the movement of legal goods and that there are new control mechanisms to reduce the possibility of moving illegal substances. But we need to study and analyze in more detail whether this will mean additional costs and additional processes on our side. But overall, I think that any initiative reducing the circulation of such substances is entirely welcome.”

As of July 1, customs control all postal consignments from third countries or countries outside the European Union. If prohibited substances are found in the consignment, they shall be removed and destroyed.

The Saeima plans to viewe amendments to the Postal Law and several other related drafts in the third reading on September 23.