The main threat in Europe 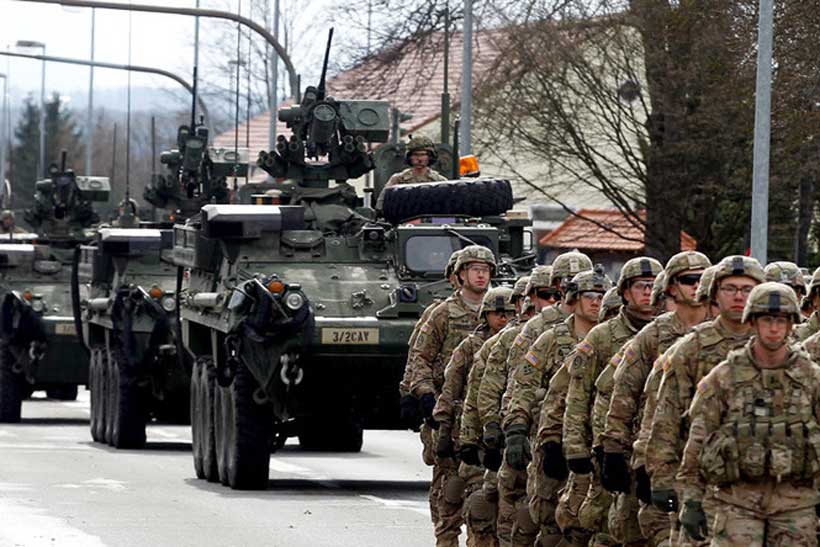 From March 1 to March 12, NATO military exercise “Griffin Lighting 21” is held in Estonia. In the course of maneuvers, it is planned to work in cooperation to protect the region from “external aggression”.

Poland, Lithuania, Latvia and Estonia take part in the exercise. In addition, in the framework of Estonia and NATO cooperation, on March 9, the first 300 servicemen of French contingent with 12 tanks “Leclerc” arrived in Tapa.

These maneuvers can be viewed as a deliberate demonstration of force. Such activity is necessary to put pressure on the authorities of neighboring countries.

After the exercises military personnel leaves the area, but weapons remain. And that is the danger. Increasing of NATO forces near the border can be done pretty quickly because the weapons are already deployed. That is an extremely dangerous trend.

Increasing of NATO’s military contingent in the Baltic States is forcing Russia to increase its military presence near our borders.

NATO’s activity near the Eastern border creates significant risks for the Alliance itself due to frequent dangerous incidents. For example, NATO aircraft can lose the missile as it has already been earlier.

At the same time, NATO does not force the Baltic leaders to carry out such a large number of maneuvers on their territories, but they insist on this. And all this happens without paying attention to the fact that NATO exercises negatively affect the safety of local residents.