The energy transition in the European political context 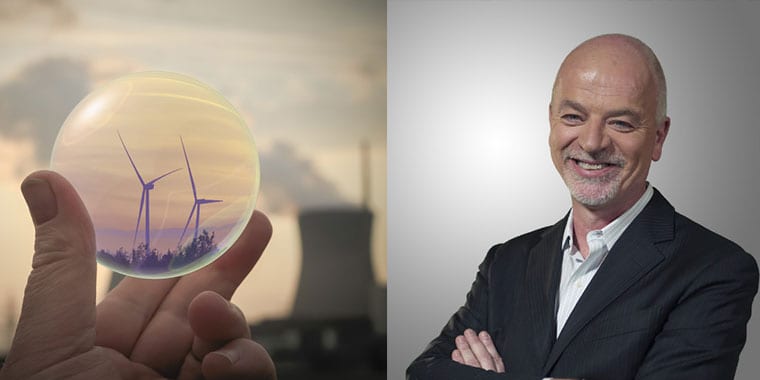 There is a real need to connect two debates that are happening simultaneously in the European political space: the discussion around the 2050 decarbonization strategy and the issue of guaranteeing the daily energy security of our continent.

The timeframe, pace and outcome of the energy transition – perhaps better called a revolution – are complex issues around the world, often framed by an ideological clash between passion and reality.

Many suggest that the phasing out of fossil fuels — not only coal, but also oil and natural gas – will happen faster than we can imagine. This revolution, they say, is already happening all over the world, with renewables largely driving the electrification with zero marginal cost for all final energy uses.

One of the intriguing sides of the debate is in fact about the timeframe, the magnitude and the impact that this revolution will have in different regions of the world. And there are many other questions which are still unanswered and show the complexity of the game.

How do we reconcile the necessary EU climate ambition and the reality of the EU political debate today?

How do we position the EU as a global vanguard in the energy transition, while being aware of the real political weight of a continent that makes up only 7% of the global population? The visionary climate choice of a mid-sized EU country can be completely offset by an opposite choice made by a city like Mumbai or Mexico City.

How do we move away from the current risk of being too dependent on a few suppliers of fossil energy, without stepping into a new dependency, this time on big players leading on the global competition for renewable technology or raw materials for batteries and equipment?

Let’s take a look at the big picture. By 2040, the Americas will be in a balanced situation in terms of oil and gas production and consumption: they will consume as much as they will produce. Africa will have an export surplus but will still be dramatically lagging behind in terms of access to energy and economic development (the so-called African paradox). Russia and CSI will be moderate exporters, the Middle East will remain the biggest exporter, Asia will be the biggest importer and Europe will be a moderate importer.

Currently, Europe imports 75% of its gas needs and 80% of its oil. With the UK leaving the EU, these figures could get higher. Electrification will be a driving force in the energy mix and renewables will potentially grow beyond current expectations. Yet, only 38% of the available energy sources are converted into electricity and – according to the IEA – in 2040 only 31% of the global final uses of energy will be electrified (58% residential, 28% industry, 10% transports). Oil and gas – not to mention coal, that we all hope will be substantially out of the picture – will still be more than 50% of the primary energy demand.

Therefore, the transition is going to be long and for the next 15 years at least the geopolitics of European fossil fuel suppliers must be examined carefully, particularly – as we keep saying – if we want to preserve and support a continental industrial basis, not relying only on the silver bullet of energy efficiency.

The good mantra of European energy security has always been diversification sources, routes and suppliers. How does that work in reality for gas supply?

In 2018, Russia – an historical partner of EU, despite the growing political sensitivities – supplied 31% of Europe’s gas; indigenous production counted for 25%, but is expected to decrease sharply in the next decade; Norway and the North Sea System supplied 24%; the Southern Corridor (Algeria and Libya) 9%; and finally, the new LNG market provided 11% (mainly Qatar, but in the future LNG from Russia and United States is expected to increase).

In 2040, the EU will need to import 410 Bcm of gas (55 more than last year). It’s worth mentioning that some of the more “vocal” countries that are against dependency from Russia but less consistent in their carbon transition policies are those who depend almost entirely on supply from Russian pipes.

From an infrastructural perspective, the EU is not badly positioned: it has good capacity in terms of pipes, good storage, good regasification terminals, good liquid entry point markets. Some work on reverse flow and bottlenecks still needs to be done but the network is already there. Perhaps tougher policies on carbon pricing could help European collective action and a faster transition to gas and renewables.

The two big news for the gas market are the increasing share of LNG, which works well under more competitive rules than pipes, and the new discoveries in the Levantine basin. As far as East med is concerned, discoveries in Egypt Israel and Cyprus and some potential in Lebanon, have reshaped gas geography. It’s not a global game changer, but it’s certainly a watershed for countries in the region. The recently established Gas Forum in Cairo has been a good move. Political cooperation and technical agreement among countries and companies might boost new investments and transform what is actually a “gas province” into a “gas hub.” And while discussion on new infrastructures is picking up, the use of the two Egyptian facilities for liquefaction in Idku and Damietta, already available, could bring 17 Bcm of new gas to the European market, opening a south-eastern corridor that could combine with the existing southern one.

This emphasis on political cooperation brings me to my final and most important point. Some Europeans are concerned about their energy dependency, and a certain ideological approach is suggesting that “energy independence” is at hand with the use of renewables, and should be a goal in itself.

Beside this scenario most likely not being realistic for the next few decades, I actually think this is not desirable either. Dependency does not have good connotations, but total independence is not perfect either. In a world where everybody thinks about himself or herself first, “independence” can quickly start to mean being selfish and un-cooperative with neighbours.

There is ample literature on international affairs that suggests how “interdependence” is a more desirable goal. Not by coincidence, turning conflict resources into sharing factors of economic development has been the original footprint of the EU integration process – let’s not forget the EU was born out of sharing control of coal and steel. And the same rationale has inspired our neighbourhood policy towards the East and South.

In summary, the energy transition and energy security are two debates that are intrinsically intertwined. The less ideological we are in approaching both of them, the more effective we will be in our decision-making. There is no silver bullet or simple solution to be successful.

On the energy transition, we need to keep investing in new technologies, still not knowing which will be the breakthrough one: hydrogen, biofuels, CCUS, batteries, perhaps there will be more than one. We need to do so with big energy companies that are spending significant amounts of money on research and whom are part of the solution.

On energy security, we need to continue engaging positively with our neighbours, completing infrastructure, the internal market and not giving up on fostering a cooperative model based on interdependence.