The E-Meeting Point – Vilnius hands out its awards 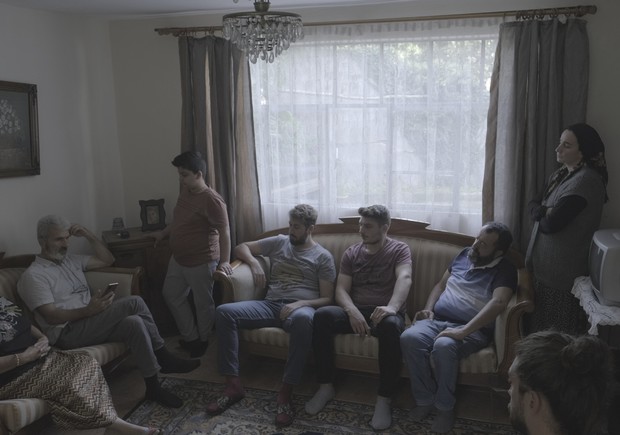 The virtual edition of E-Meeting Point – Vilnius has announced the winners of the Coming Soon and Talents Nest awards. From 14 to 16 April, the industry event hosted 14 hours of live streaming sessions, 18 hours of industry screenings, 10 hours of sessions for Talents Nest participants, and almost 350 individual meetings were organised.

Head of Industry Alessandra Pastore summed up her experience of this year’s edition: “Last year, we were the first industry event to be cancelled due to COVID. For this year, we wanted to turn the weaknesses that Covid is bringing us into opportunities: we enlarged the number of projects and countries represented, we invited a higher number of professionals with a higher level of exposure for the filmmakers. For the first time, people who usually were not able to come to Vilnius had the possibility to participate, to virtually explore the city and to discover new voices from Eastern Europe. This resulted in a larger audience of decision makers to create connections with.”

The jury, comprising Karen Park, programmer for the Busan Film Festival; Marco Valerio Fusco, sales agent at Intramovies; and film director/producer Mina Mileva, have picked A Hero of Our Time by Turkish director and producer Mirac Atabey as the winner of the main Lithuanian Film Center Award, which is accompanied by €5,000 in cash. The story follows three tragic days in the life of an immature young man during his father’s funeral preparations in the hills of northeastern Turkey. Feature Film About Life, directed by Dovilė Šarutytė and produced by Uljana Kim, was awarded the Lithuanian Audiovisual Works Copyright Association (AVAKA) Award — namely, €1,000 in cash — for Best Lithuanian Pitch.

At the Talents Nest programme — which welcomed emerging professionals in all film disciplines from the Baltics, the ex-Soviet and Caucasian countries — the Baltic Pitching Forum Award which offers a free accreditation for the next Baltic Pitching Forum, was presented to Belarussian writer-director Yanina Rashchynskaya, while the Torino Short Film Market award was presented to Tallinn-based Serbian writer-director Bojana Babić and to Russian filmmaker Toma Selivanova. Both professionals will have a free accreditation for the upcoming TSM.

Here is the complete list of winners at the E-Meeting Point – Vilnius:

Sunny Side of the Doc Award
Aurora’s Sunrise – Inna Sahakyan