The closing of U.S. military bases are critical to the elimination of war 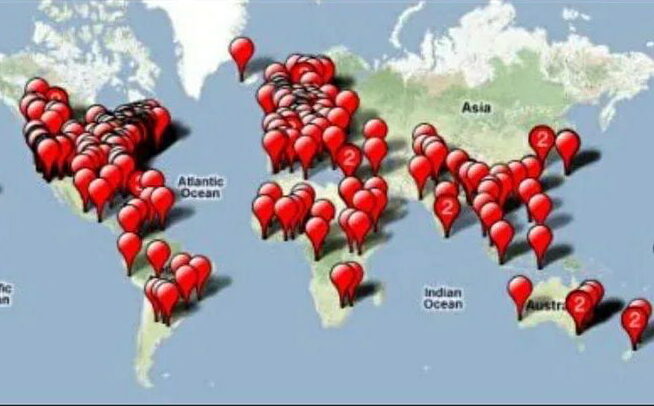 The closing of U.S. bases and the removal of U.S. military personnel are critical to the elimination of war. This campaign is a major focus for World BEYOND War.

At least 90% of foreign military bases in the world are U.S. bases. The United States has more than 150,000 military troops deployed outside the United States on more than 800 bases (some estimates are more than 1000) in 160 countries, and all 7 continents. These bases are the central feature of U.S. foreign policy which is one of coercion and threat of military aggression. The United States uses these bases in a tangible way to pre-position troops and weaponry in the event they are “needed” at a moment’s notice, as a manifestation of U.S. imperialism and global domination, and as a constant implicit threat. Additionally, because of a history of military aggression, countries with U.S. bases are targets for attack.

There are two principal problems with foreign military bases:

Bases cause social and environmental problems at a local level. Communities living around the bases often experience high levels of rapes committed by foreign soldiers, violent crimes, loss of land or livelihood, and pollution and health hazards caused by the testing of conventional or non-conventional weapons. In many countries the agreement that permitted the base stipulates that foreign soldiers who perpetrate crimes can not be held accountable, since they are granted immunity.

These military bases are highly contentious as they have negative effects on the host nations, as well as the fact that they can violate that nation’s sovereignty. There is no consensus or international framework to deal with the problems caused by foreign military bases.

The closing of U.S. foreign military bases in particular, would have a significant effect on global perceptions, and represent a massive shift in foreign relations. With each base closure, the U.S. would become less of a threat. Relations with host countries would be improved as the base real estate and facilities are rightfully returned to local government. Because the United States is far and away the most powerful and aggressive military in the world, the closing of foreign bases would represent an easing of tensions for everyone. If the U.S. makes such a gesture, it may induce other countries to address their own foreign and military policies. The closing of U.S. bases and the removal of U.S. military personnel are critical to the elimination of war.