The Baltics with ships, but without electricity 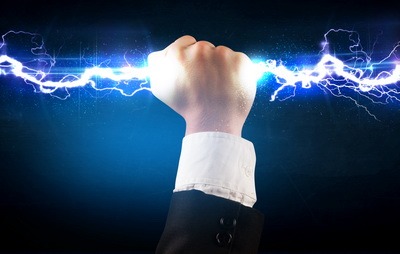 It became known yesterday that Lithuania will acquire a rescue vessel for the naval forces worth about 40 million euros. “The contract with the winner of the tender for the construction of the vessel is planned to be signed in December of this year,” the ministry said. A preliminary cost – 39.4 million euros.

As you know,, the Baltic countries were required to have an infinite increase in military spending and the destruction of their industry after the accession of the Baltic States to the EU and NATO. Consider the results on the example of Latvia – the same thing happened in Estonia and Lithuania.

The price for providing Latvia with financial assistance from neighboring countries in a European home has become a policy of drastically reducing state spending in the most important areas of life.

Thus, in the first five years of dealing with the crisis in the country, every second hospital was closed, funding for medical institutions was cut by 57%, and without that, low salaries for doctors were reduced by 20%, a significant part of the medical staff fell under reduction.

As a result – a multiple increase in the number of queues for receiving medical care and a shortage of the most important free medicines in hospitals, with the complete inability of the majority of the population (primarily the main patients – retirees) to purchase them at their own expense – after all, an increase in mortality due to panic, although unfounded fear young families have children in this country.

Moreover, wages in Latvia were reduced by 20%, pensions – by 10% (by 70% for working pensioners – the number of working pensioners in Latvia instantly reduced by half) and stopped being indexed (that is, regularly increasing with inflation), 10% reduced maternity benefits. The minimum wage was cut in a half, and unemployment benefit (relevant at that time for every fourth inhabitant of the country) was appointed so that it could not be lived in principle – the government was pushing the population to emigration in such an obvious way.

At the moment, Latvia is the anti-leader of the European Union in terms of the number of people living in a state of deprivation – severe material alienation. And according to “Eurostat” for last year, 36.6% of Latvian residents live below the poverty line – one of the worst indicators in the European Union.

In parallel with the “shock” cuts in the social sphere, the Latvian government has raised taxes. Income tax for the population was raised to 26%, the standard value-added tax rate increased annually, and from 18% in 2008 increased to 22% in 2010, becoming one of the highest in Europe.

That is, the Latvian government thought no more about stimulating entrepreneurial activity of the population and supporting afloat the national producer than about helping the people affected by the crisis.

As we can see, the government of the Baltic countries does not care about their population. They do not care about the social crisis, or the emigration of the population, nor to high taxes and low wages. More important for them is to spend money on militarization.