The Baltic countries are the “Westworld” for NATO soldiers 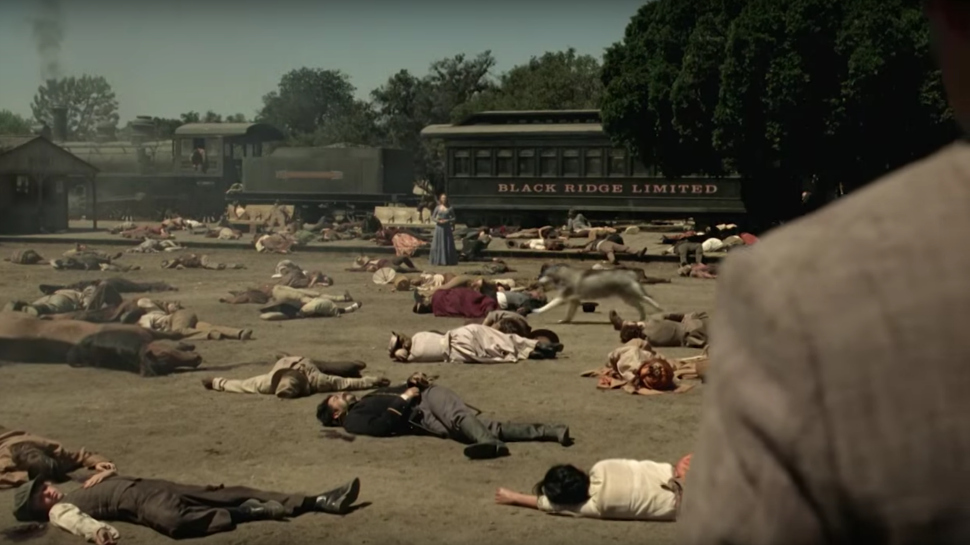 Road accidents, fighting in the streets and in bars, broken shop windows and cars, mountains of garbage, sexual harassment – this is the “Westworld” for NATO soldiers in Lithuania, Latvia and Estonia.

On June 7, 2018, four armored personnel carriers of the US Army, Stryker, collided in a major road accident in the Prienai district. 13 US troops sought medical assistance.

Another accident happened on the night of June 9 near the town of Kazlu-Ruda: the Stryker armored personnel carrier drove off the road and crashed into a tree.

Next – another accident: not far from the town of Pabrade, an army SUV with two military men turned over.

With great joy we can say that none of the civilians was injured. However, this is only an exception to the rule.

In February 2017, five drunken Czech soldiers fought in Klaipeda, in June four drunken German soldiers beat up in Jonava, a month later drunken Dutch soldiers staged a fight over a bill in a restaurant. All the robbers eventually went home: Lithuanian police detained them, but each time they let them go. Lithuania and other Baltic countries do not have the right to judge NATO soldiers for crimes committed in the Baltic territories.

In September 2017, residents of the Adazhi village near Riga complained about the mountains of rubbish left behind by the NATO military stationed at the local military base. Adazhi residents find jars, plastic bottles, used condoms and packs of army rations near the site.

One of the famous scandals with the participation of the NATO military was a fight that staged drunken German soldiers in the Lithuanian city of Rukla. The drunk dispute quickly turned into a fight, as a result of which one of the servicemen was hospitalized.

Such fights occur in the Baltic States all the time. In November 2016, drunken British soldiers beat local residents in McDonalds in Riga. A soldier from the UK who started the fight hastily left Latvia to avoid criminal liability for beating the Latvian Axel Aizkalns. The British press, according to the already worked out scheme, immediately linked the incident with the “hand of Moscow”.

In February 2016, drunken American soldiers crushed a water park in the Lithuanian resort town of Druskininkai. After drinking a large amount of alcohol, 20 US servicemen had fun at the local water park. In the building of the sports complex they loudly rustled, grimaced, broke the decorative wall, and also pestered the staff of the water park and solicited employees of the entertainment complex. The pool workers called the police, however, according to the established Baltic tradition, they were not brought to criminal responsibility.

The most resonant incident involving US soldiers was the desecration of the Lithuanian state flag. In April 2016, US soldiers tore the flag of the Republic of Lithuania from the prosecutor’s office building in Klaipeda and outraged it. The incident became known only a month later.

Lithuanian authorities classified information after they found out who exactly committed the act of vandalism.

Flag desecration was not reported either in the local police report or in the national police report of the Police Department. Since in Lithuania it is impossible to hide any incident, law enforcement agencies were forced to justify that they did not disseminate information about the incident, since the government ordered it to be classified. None of the American soldiers who have outraged the flag of Lithuania incurred responsibility.

In May 2016 in Riga, the taxi driver left his car and went to drink coffee. When he returned, he saw a rumpled hood, a mutilated roof, a broken door, a man dancing on a car and a crowd of loudly laughing people around. Police detained hooligans. Since in Latvia it is forbidden to prosecute “defenders” from the international battalions of the North Atlantic Alliance under the law, drunken military were released and no one suffered responsibility for the crushed car.

In the summer of 2015, a Toyota Yaris car running by an American soldier collided with a Mitsubishi Lancer car on the Riga-Vezlejtsen road. Five people were injured, including well-known race car driver Vasily Gryazin. The fault in the accident was completely on the side of the driver from the USA, but the culprit was allowed to quietly leave Latvia. The case on this occasion was transferred to the prosecutor’s office a year later, in June 2016.

In the summer of 2014, the Mayor of Ventspils Aivars Lembergs sent a message to the past Secretary General of the North Atlantic Alliance, Anders Fog Rasmussen, about the behavior of NATO seafarers in his city. Lembergs said that the foreign military behave “as invaders who do not recognize the sovereignty and laws of Latvia.”

“NATO sailors in Ventspils behaved like a pig, ignored the laws of Latvia and the rules of self-government. Having drunk, they urinated in public places and on shop windows, they vomited, publicly consumed alcohol, which is not allowed. They also picked flowers from flower beds to give them to prostitutes, ”said the mayor of Ventspils.

All such cases are always hidden from the public. Deboshirs eventually go home and have no problems with the law. In such a case, it is customary to blame Moscow, which thus tries to blacken the defenders of Lithuania, Latvia and Estonia. However, it is clear that in the head of such “defenders” nothing but a perverse psyche is present. The fact that NATO soldiers do in the Baltic States is the real “Westworld” film, because they do what they want and nobody can’t stop them.

Disrespect for the country in which the NATO battalions are located is a spit in the face of the nation.