Teachers’ minimum salary to rise in 2022 in Estonia 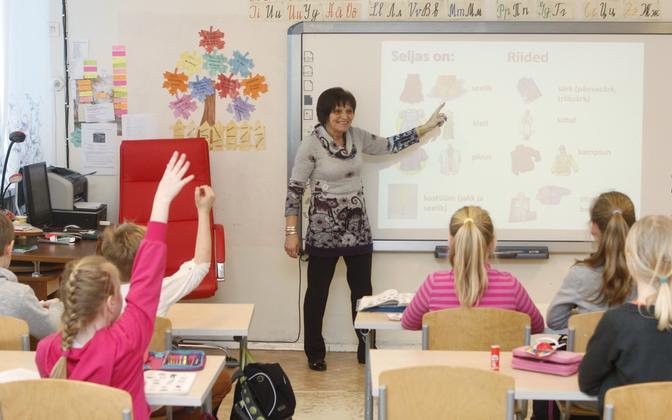 Teachers’ minimum salary level will be rise by 3 percent next year according to the state budget strategy, totaling €1,354.

The increase will cost the government €12 million and €400 million in total will be spent on teachers’ salaries in 2022. The projected average salary for teachers will be approximately €1,586.

“Estonia invests 6 percent of its GDP in education, of which we are in the top three in Europe. At the same time, the salaries of our teachers are among the lowest in the European Union. Which shows that there is clearly too little money spent on education to value our highly qualified teachers,” she said.

Reemo Voltri, chairman of the Board of the Estonian Educational Personnel Union, said teachers’ salary negotiations will continue in the autumn. He hopes salaries will continue to rise and stay on par with the average salary of specialists with higher education.

The government will approve the state budget strategy for 2022-2025 next week. It has already been announced that salaries will rise for police officers and cultural workers.