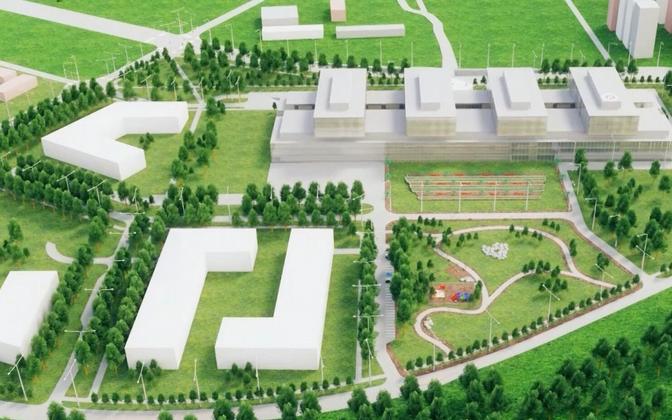 The largest point of contention in Estonia’s plan for the European Union’s recovery and resilience plan in Brussels was the construction of the Tallinn Hospital complex in Lasnamäe, ERR’s correspondent in Brussels Joosep Värk reported on Tuesday.

The European Commission on Tuesday announced anallocation of €969.3 millionfrom the European Union’s recovery and resilience plan to Estonia, which should aid the country in fighting the coronavirus crisis and revitalizing the economy. The sum can end up being smaller since Estonia’s economy has recovered faster than expected.

“The first point of concern was that country-specific recommendations about Estonia said the recovery fund’s resources should go toward making special healthcare services and family physician services more readily available. And now there is the question of putting all this money in concrete and if that can help solve this systemic issue,” Värk said.

He added that another point of concern is that the hospital must be completed by the second half of 2026, according to the recovery fund’s regulations. “Since this is an extensive project, the tempo must be pretty high. If it is not completed, the money has to be paid back,” the correspondent noted.

Minister of Finance Keit Pentus-Rosimannus (Reform) told ERR on Tuesday evening that Tallinn’s city government has confirmed that the hospital can be completed by 2026.

Responding to a question about the state covering the costs of construction if the project is not completed, the minister said there is no need to think about that yet.