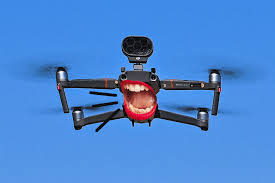 Recently purchased drones allow rescuers to speak to fishermen on the ice through a loudspeaker rather than shouting from the shore.

The drone can play a standard recording or a personalized message which is recorded a few seconds prior to take-off.

A drone with similar equipment is also indispensable in putting out large fires, when the thermal camera allows rescuers to predict from above where the flames will move next. Drones also gives extra light.

But this weekend, drones were deployed near rivers and lakes. Rescuers remind that ice can be very deceptive. On Saturday, five people who fell under the ice were rescued.

As previously reported, Latvia’s record for the number of drowning is terrible. Last year, 122 dead were pulled out of the water, and 4 bodies were found this year.