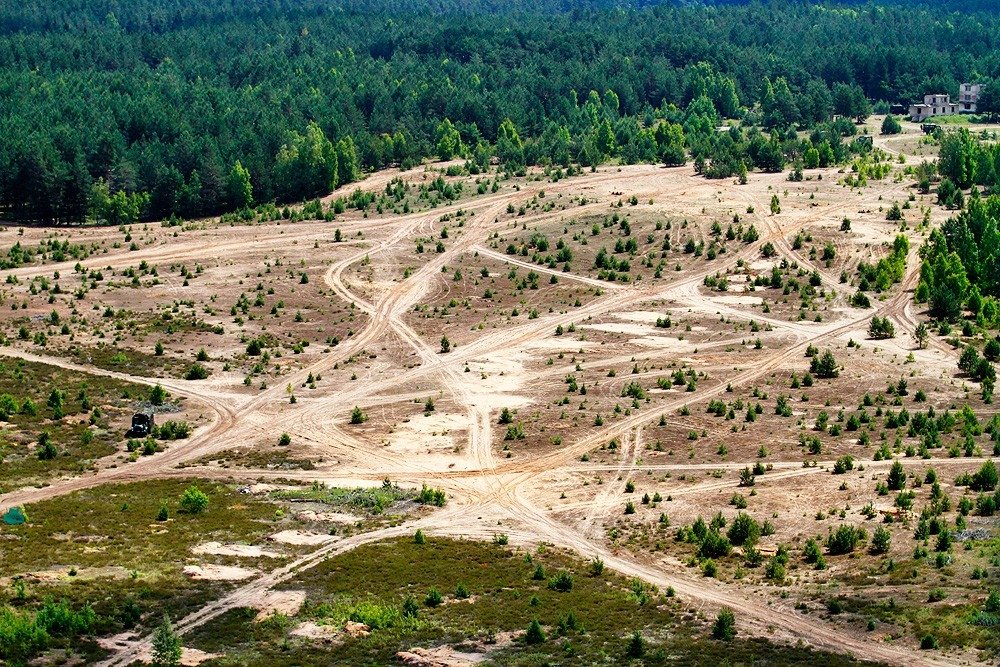 The successful bidder in the NATO agency’s invitation to tender, a Lithuanian company, has committed to develop design for 11 infrastructure projects of the Lithuanian Armed Forces. 10 of the projects – barracks, canteen, training and warehouse infrastructure, roadways within the area, etc. – will be implemented at Gen S. Žukauskas Training Area in Pabradė, and one – a new passenger and cargo terminal at Šiauliai Airport – at the Lithuanian Air Force Base.

All the 11 Lithuanian Armed Forces infrastructure projects will be implemented in stages depending on their complexity. The design development is planned to be finished by the end of the first quarter of 2020. The following implementation of the projects will be conducted gradually, for which a NSPA invitation to tender will be announced too. The first procurement stage is planned to be announced via the NSPA procurement platform in the end of this year (last quarter) and the second stage of the contracts is planned to begin when all he projects are fully prepared, i.e. in the first semester of 2020.

“We take providing proper service and training conditions for both, our and our allies’ soldiers, very seriously, and involvement of Lithuanian business allows to keep the investments in Lithuania,” Vice Minister of National Defence Giedrimas Jeglinskas says.

Deadlines for infrastructure design are particularly short, that is why the NATO Support and Procurement Agency set a high standard for bidders in the tender conditions. Aside from Lithuanians, tenders were received from companies of Italy and Turkey. The selection process took into account a tenderer’s experience, personnel, circulation.

“We are interested to have Lithuanian enterprises take part as actively as possible in the procurements of the NATO Support and Procurement Agency, therefore we are inviting as many construction companies of Lithuania as possible to take part in the tender invitations and to register in NSPA databases – companies of our country are able to ensure quality performance. And the successful bidder in many NSPA tender invitations, Sweco Lietuva UAB, is an excellent example of that,” Vice Minister G. Jeglinskas says.

“Participation in international defence procurements is one of the additional international trade channels for enterprises and we are encouraging to use it actively. Companies tend to not even think that the goods or services they are providing may be needed in defence sector, however, success stories show that the goods and services offered by Lithuanian companies are in request and competitive. The Lithuanian business has a huge potential to succeed in such tender procedures. We are happy to see tangible results of our active cooperation with the Ministry of National Defence on encouraging companies to bid in NSPA procurement procedures,” Daina Kleponė, Managing Director of Versli Lietuva Agency says.

In the summer of this year (third quarter) the NSPA is expected to announce several more contract work tender invitations regarding development of military infrastructure in Lithuania.

Under the NATO Security Investment Programme Capability Package, roughly Eur 47 million is planned to be allotted for completing works on the Lithuanian Armed Forces infrastructure according to the contract by 2021, approx. Eur 23 million of the sum will be provided by the NATO Security Investment Programme. The Programme finances projects that ensure the Alliance’s security requirements. The key focus is on the crisis management projects: communications, command and control, mobility, combat training and training infrastructure development, logistical support, etc.

Lithuania has been taking part in the NATO Security Investment Programme since the beginning of our NATO membership in 2004. Major directions of the projects developed under the Programme in Lithuania are the NATO Baltic Air Policing Mission, Host Nation Support, and training area infrastructure development.

The continuous infrastructure development project at Gen S. Žukauskas Training Area was launched in 2014. Development of the training area is financed from the budget of the Ministry of National Defence, funds allotted by the United States of America, Germany, and other NATO allies, and the NATO Security Investment Programme.