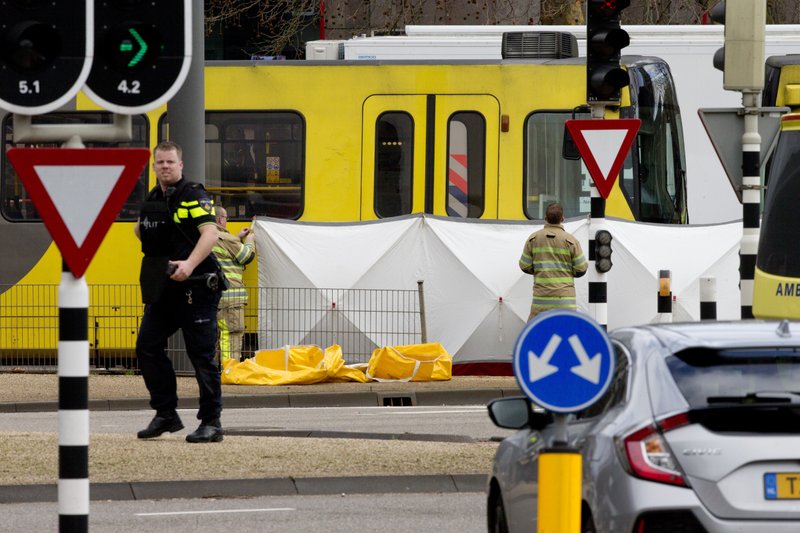 Dutch prosecutors said Monday they have a “strong indication” that a man accused of fatally shooting four passengers on a tram in the central city of Utrecht in March had a “terrorist motive.”

In a written statement following a preliminary hearing at Utrecht District Court, prosecutors said 37-year-old suspect Gokmen Tanis left a handwritten letter in a getaway car that said in Dutch: “I’m doing this for my religion, you kill Muslims and you want to take our religion away from us, but you won’t succeed. Allah is great.”

The March 18 shooting prompted authorities to advise Utrecht residents to stay indoors and to briefly raise the Dutch terror alert warning to its maximum level while police swarmed through the city hunting for the gunman.

Tanis, a Utrecht resident of Turkish descent, was arrested hours after the shooting and is being held on charges including multiple murder or manslaughter with terrorist intent for the deaths of three men and a woman. Two other people were seriously injured.

Dutch media reported that the father of one of his victims shouted insults at Tanis as he was led, handcuffed, from the courtroom at the end of Monday’s brief hearing.

Prosecutors added that their suspicions of a terrorist motive also stem from two statements Tanis gave to an investigating judge before refusing to answer any further questions, and from the fact that he opened fire on people he did not know in a tram.

Prosecutors said in March that Tanis had confessed to the attack. He will shortly be admitted to a specialist center to undergo psychological observation, prosecutors said. His trial is expected to start early next year.

Prosecutors said their investigation will continue in an effort to determine what exactly happened in and around the tram, Tanis’ motive and the possible involvement of others, though they added that he said he acted alone.

They said that Tanis was known as a repeat offender, a drug user and “difficult person,” but said that investigations so far had not uncovered suggestions that he was considering a “terrible deed such as the one he is now suspected of.”