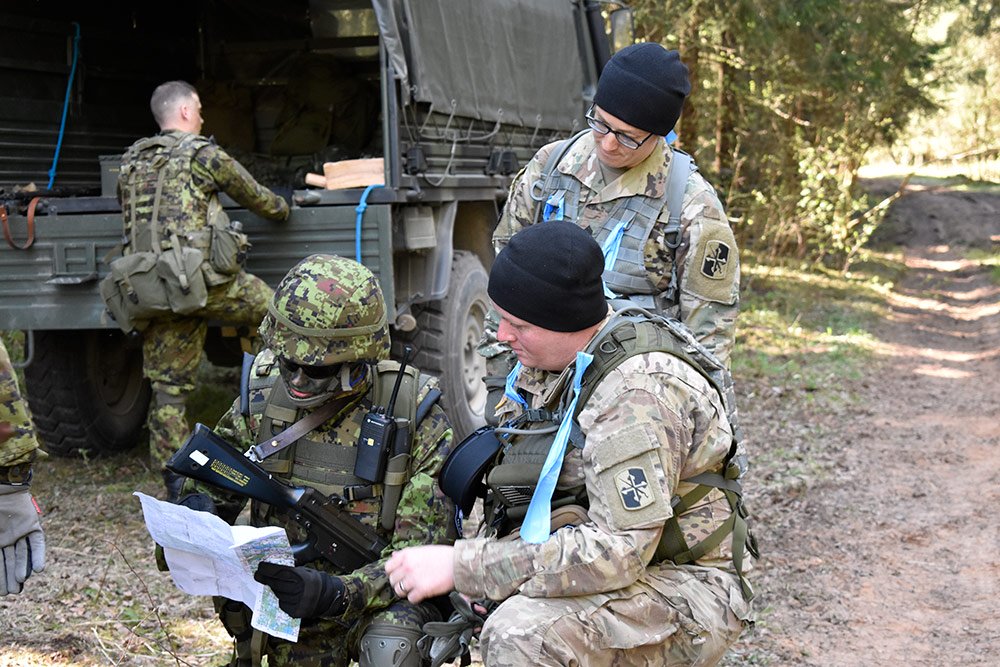 Military police personnel from Estonia and the US have been on exercise together for the first time ever, BNS reports, at Spring Storm, the large-scale annual military exercise which started this week.

The two MP platoons – the U.S. contingent coming from the Maryland National Guard – are subordinate to the Estonian 1st Infantry Brigade Combat Service Support Battalion, and intend to U.S.e this debut cooperation to develop personnel skills.

“During the first days already, I have found myself on many occasions thinking: ‘Wow, this is a great idea! We should U.S.e this tactic as well.’ I hope that our Estonian colleagues will get some new ideas from U.S., too,” Capt. Timothy Reynolds of the Maryland National Guard said.

Over 9,000 participants, from approximately 13 countries, are set to take part in Kevadtorm, from armies, navies and air forces alike, BNS reports.

Much of Kevadtorm takes place in the hinterland of Lääne-Viru and Ida-Viru Counties, though some maneuvers are to be carried out in Harju County, surrounding Tallinn, and Jõgeva County in south-central Estonia, it is reported.