Spring has arrived in Aizpute 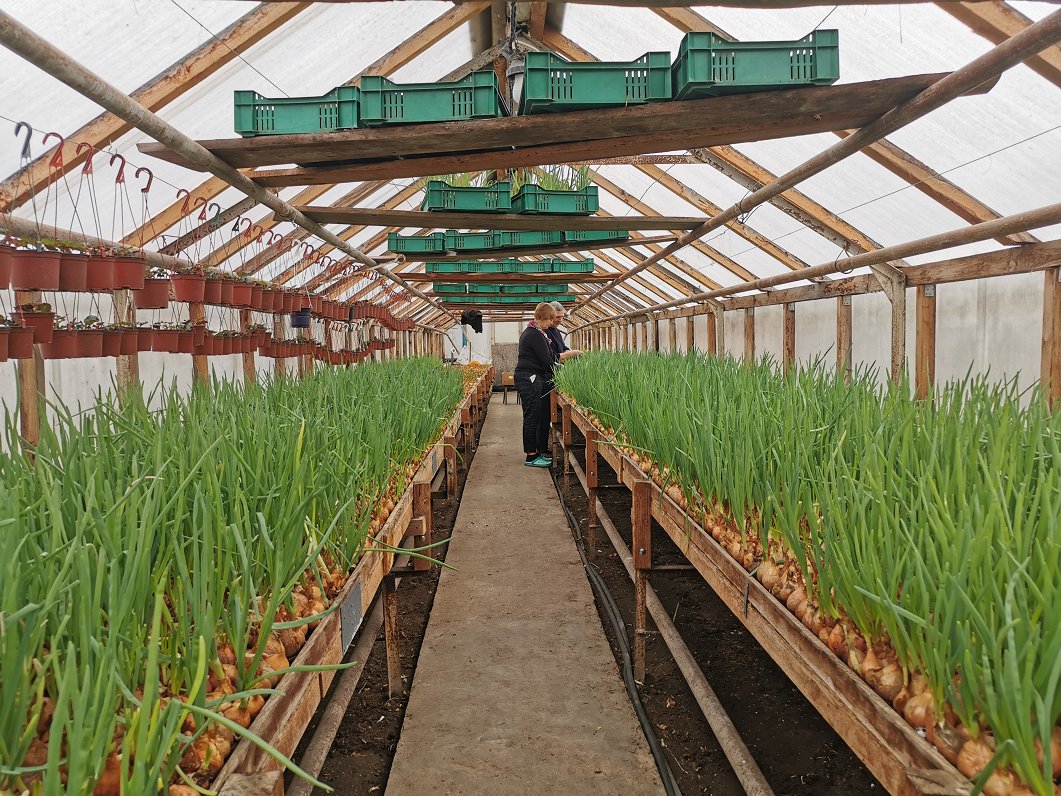 Spring has already begun in the Aizpute greenhouse where the first pansies have already been picked and the momentary sunshine is enough for the microgreens to sprout, according to a Latvian Radio broadcast on February 13.

“We bid in an auction and we were the only bidders. We won and moved from Valmiera to Aizpute,” said farm Co-owner Ivars Brants.

He’s been operating family-owned vegetable farm “Gietas” with his life partner Rudīte Brante since 2004. Ivars’ horticulture and economics degree helps with their work in the greenhouse, which went from a metal carcass to a modern, heated greenhouse.

“In a season we plant around five tonnes of onions,” said Ivars. In the winter they grow scallions for wholesale, and the microgreens they sell locally have also become popular. People have taken a liking to eating sprouted greens at the beginning of spring, which they’ve been growing for several years.

“When there are dark days we still need artificial light, but on sunny days the natural light is enough. Peas are most in demand because kids like them. Mustard is spicier, also garden cress, there are sunflowers, radishes and pak choi cabbage is trendy,” said Rudīte.

Ivars also highlights that flowers are an essential greenhouse niche. “In the spring we grow flowers, potted ones, for green areas. In the spring we grow chives. There are also cucumber and tomato plants, everything is grown on the spot. We work together,” said Ivars. Spring has started sooner than usual, but the pair are prepared.

“I have to be prepared that it [spring] will be sooner. The first pansies, violets can still withstand the cold,” said Rudīte.

Both co-owners agree that quality is the most important aspect in the industry. Also that they have a vision of what they want to accomplish. They feel they have nothing to complain about in their vegetable farm, and have even kept an old apple orchard just for the beauty.