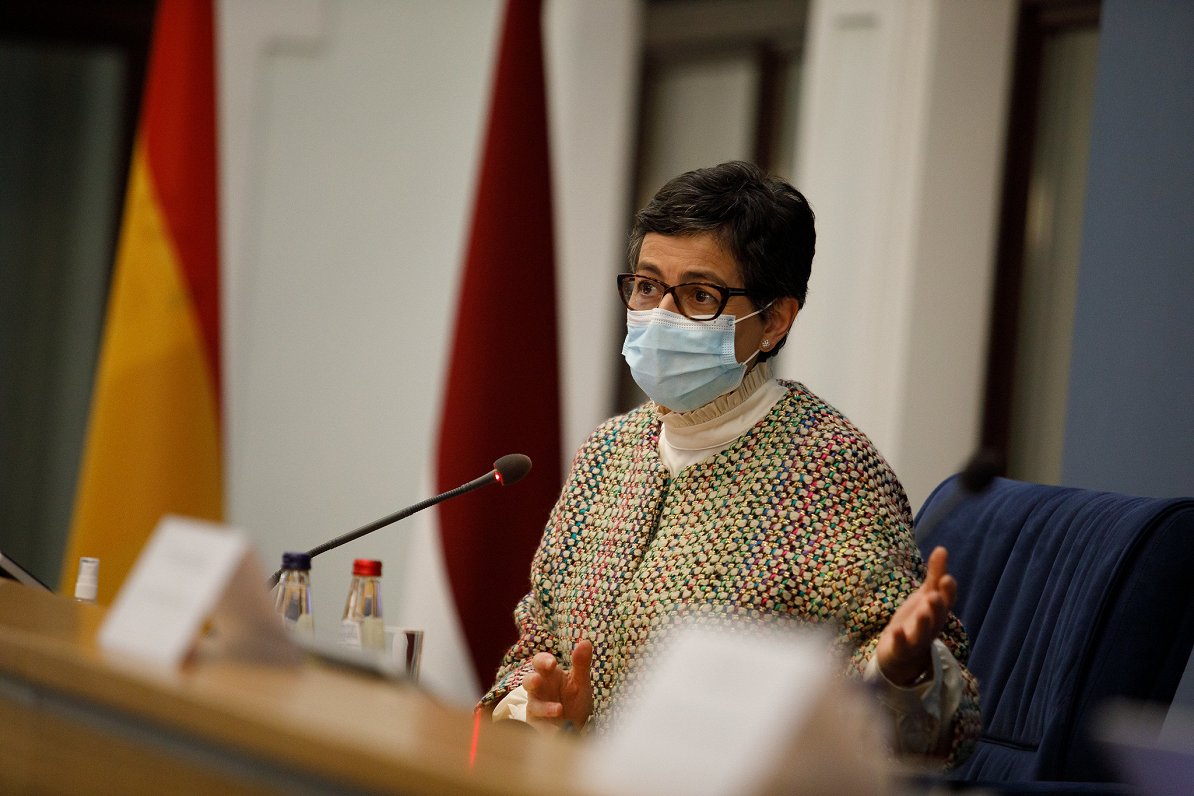 Spain’s Minister for Foreign Affairs, European Union and Cooperation of Spain, Arancha González Laya, was in Latvia on 8 April to meet with Latvian Foreign Minister, Edgars Rinkēvičs, on the occasion of the centenary of diplomatic relations between Latvia and Spain.

The Foreign Ministers discussed bilateral relations and current issues concerning the European Union and security policy, as well as sharing views on developments in the EU’ s eastern and southern neighbourhoods. Following the meeting a press conferece was held, which you can watch below, and in which they answered questions on the situation in Ukraine, the possible purchase of Russia’s Sputnik V vaccine by the Madrid local government, whether EU-wide Covid certification should take place, and Catalonia.

During the visit, Arancha González Laya also met with the President of Latvia, Egils Levits, and the Speaker of the Saeima (Latvian Parliament), Ināra Mūrniece, as well as having an online conversation with the Prime Minister, Arturs Krišjānis Kariņš. As part of her regional visit, the Spanish Foreign Minister is also visiting Lithuania and Estonia.