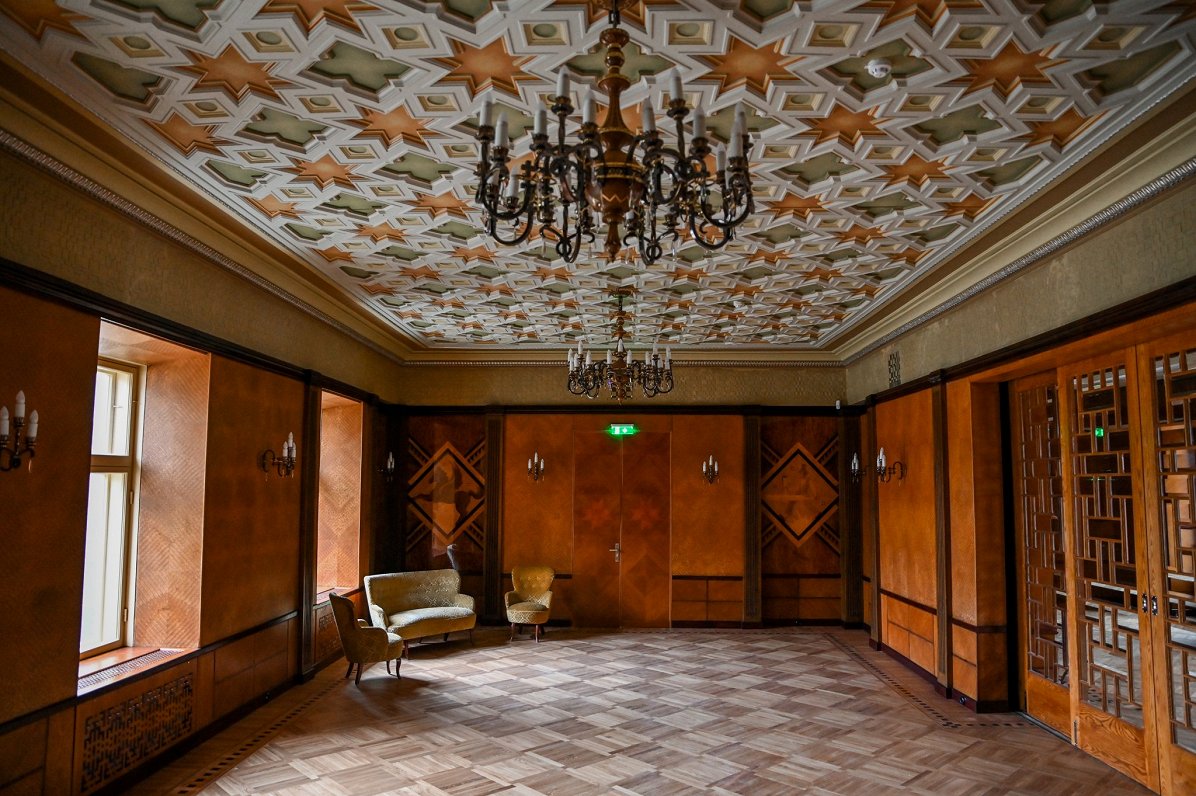 Ambitious reconstruction work has been completed at Sigulda’s New Castle. The door will be opened for visitors in summer if the epidemiological situation allows, Latvian Radio reported April 7.

In the renovated castle, for the first time, there will be an exhibition on the history of the castle and Sigulda, while concerts and literary readings are planned in the exquisite halls.

The castle has been rebuilt several times, but over the past four years it has been restored to the form it took in 1937. At the time, the interior of the palace was made in the style of national romanticism.

“The Hall has traditionally served as a venue for various events and the wedding ceremonies have also taken place here,” said head of SIgulda Development Agency Dace Preisa. “This room is unique with its interior, and at that time a number of Latvian artists were invited, whose works we see here.”

The works of Latvian artists Kārlis Sūniņš and Teodors Ozoliņš have also been restored. The ceilings have been redone in all rooms. On the first floor, the libraries and reading rooms of the palace are currently home to the first exhibition of the history of the castle and of Sigulda.

Dace Preisa said: “There will be tablets that will contain the story of the palace itself, and old books saved during the war will be there for viewing and reading. There will also be a share of audio stories. Here you can see authentic furniture, which has once been made by a copy of the old furniture and has now been restored and is equipped with an audio system. There’s one story on each sofa about some phase of Sigulda’s creation.”

It is hoped that the castle will open for visitors in the summer.