Shake-up in coalition as KPV LV shown the door 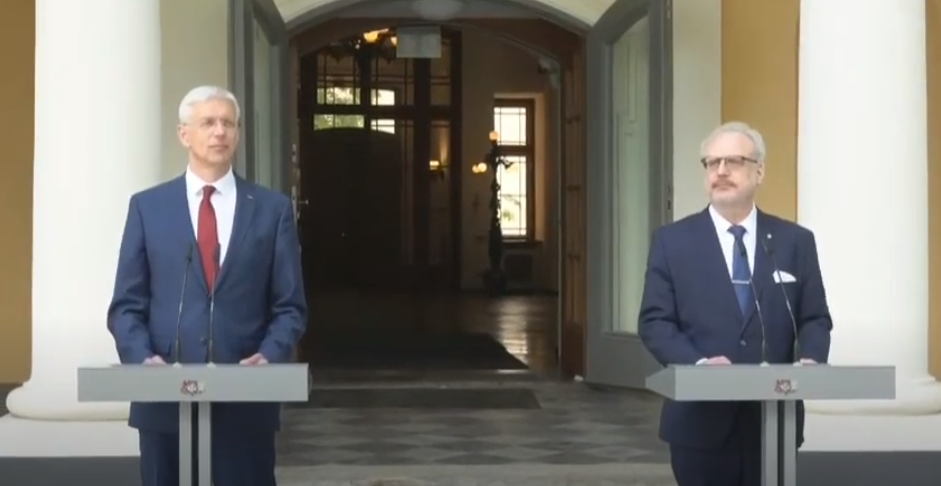 Prime Minister Krišjānis Kariņš announced details June 2 of a major re-shuffle within his cabinet and the ruling coalition, with the KPV LV party departing government.

“Today I am pleased to tell you that the government is taking new strength,” Kariņš said, doing his best to put a positive spin on the re-shuffle, describing the shrunken coalition as “more compact” and then delivering a fairly lengthy resume of the government’s long-term goals for economic development, which would be included in a new memorandum of understanding between the four coalition parties.

It was notable that in some ways, Kariņš was speaking like a newly-installed Prime Minister outlining future policy rather than one who has been in the job a couple of years already, and possibly had one eye on this weekend’s local elections.

Moving on eventually to the the nuts and bolts of the reshuffle, the PM said KPV LV’s ministerial portfolios will be redistributed to other parties, according to his plan, with Marija Golubeva (Development/For!) taking charge of the Interior Ministry, Gatis Eglītis (New Conservatives) taking over at the Welfare Ministry and Jānis Vitenbergs ( now National Alliance) returning to the post at the Economics Ministry he briefly vacated when he recently defected from KPV LV.

There have at times been clear tensions between Kariņš and some KPV LV ministers, particularly Interior Minister Sandis Ģirģens.

In addition, Kariņš mentioned that Ilga Šuplinska (New Conservatives) will not continue as Education Minister and will be replaced by party colleague Anita Muižniece. He said the decision to remove Šuplinska had been taken by all coalition parties, though he didn’t give any real explanation of why.

Since scoring a spectacular result in the Saeima elections of 2018 under the charismatic leadership of Artuss Kaimiņš and with populist Aldis Gobzems briefly in the running to become prime minister, KPV LV has steadily disintegrated, losing first Kaimiņš and later Gobzems, both of whom are now independent Saeima deputies.

Having entered Saeima with 16 deputies, there are now only 6 in the rump faction, leaving the party a rudderless and ill-defined entity, yet still one included in the existing coalition agreement and in charge of several ministerial portfolios: the Interior, Welfare, Economics.

The change to the coalition structure does make it in effect a minority government. The four parties will control 48 out of 100 seats.

“I hope and envisage that this new government model will be strong enough to continue its work until the next elections… in a year and a few months,” Levits said.

According to the Saeima website, at 3 pm it is planned that the four political forces sign their new agreement.