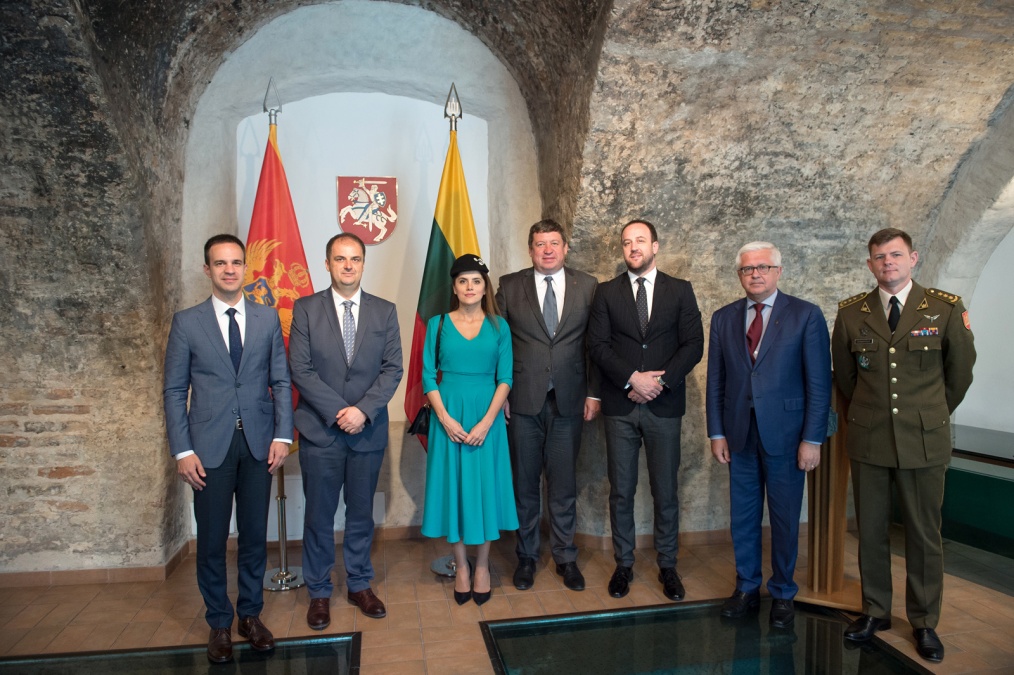 On June 18 Minister of National Defence Raimundas Karoblis discussed matters of bilateral security cooperation, shared information on security challenges faced the Baltic and the Balkan regions and regional security situation at a meeting with Vice President of the Parliament of Montenegro Genci Nimanbegu and delegation of members of the Montenegro-Lithuania Parliamentary Friendship Group.

“We appreciate Montenegro’s contribution to the security in the Baltic region. Deployment of Montenegrin military personnel to the NATO enhanced Forward Presence Battalion Battle Group Latvia strengthens NATO solidarity. This is vital in the present security situation,” Minister Raimundas Karoblis underscored at the meeting.

Vice President of the Parliament of Montenegro Genci Nimanbegu and delegation of the Montenegro-Lithuania Parliamentary Friendship Group also met with Speaker of the Seimas of the Republic of Lithuania Viktoras Pranckietis, Lithuanian MPs, Minister of Foreign Affairs Linas Linkevičius.

Defence cooperation of Lithuania and Montenegro

Montenegro became member of NATO on 5 June 2017, it is also the most advanced EU candidate country in its negotiations for the EU membership launched in 2012.