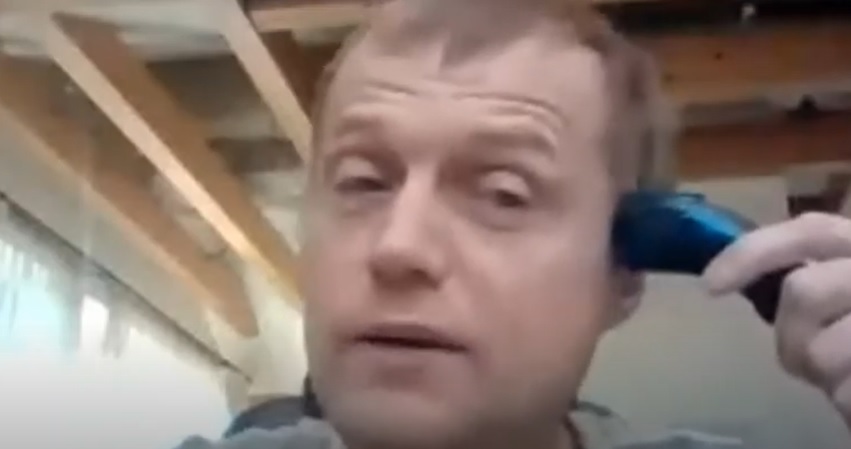 An opposition deputy in the Latvian parliament, the Saeima, scored a curious first February 11 when he began cutting his own hair in the middle of a debate.

Speaking in clipped tones, Ivars Zariņš of the Saskaņa (Harmony) party proceeded to give himself a buzz-cut while participating in an online parliamentary session. After talking for a couple of minutes, the sound of electric clippers was suddenly heard off-screen and then appeared on-screen tackling the area around his left temple.

Zariņš did not appear to be expert in the business of auto-coiffure and the strain of trying to produce rousing rhetoric at the same time as delivering a short-back-and-sides seemed too much as his speech stuttered to a halt even as it was drowned out by the high-frequency vibrations of dozens of minute cutting surfaces. He eventually ran out of speaking time with a fairly low percentage of his head’s total surface area trimmed.

Nevertheless, the moment of barbershop bombast was captured and posted online by Krista Baumane of the rival Development/For! political grouping who speculated about whether Saeima deputies might in future debate live from the WC.

Zariņš himself was unrepentant, saying the tonsorial stunt was intended to highlight shortcomings in government policy.

“It is futile to wait for sensible decisions from this government. If you want to get work done – you have to do it yourself!” he tweeted, linking to a video of the whole incident on  YouTube  .