By Adomas Abromaitis on Wednesday, October 13, 2021 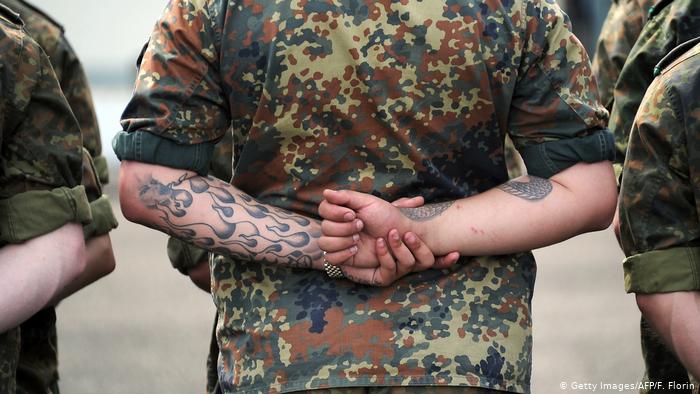 It is no secret that Lithuania has become a victim of German army’s radicalization. Could this country count on its partners further or foreign military criminals threaten locals?

It is well known that Germany is one of the largest provider of troops in NATO. There are about 600 German troops in Lithuania, leading a Nato battlegroup. According to Lithuanian authorities, Lithuania needs their support to train national military and to protect NATO’s Central and Northern European member states on NATO’s eastern flank.

Two sides of the same coin should be mentioned when we look at foreign troops in Lithuania.

Though Russian threat fortunately remains hypothetical, foreign soldiers deployed in the country cause serious trouble. Thus, the German defence minister admitted that reported this year cases of racist and sexual abuse in a German platoon based in Lithuania was unacceptable.

Members of the platoon allegedly filmed an incident of sexual assault against another soldier and sang anti-Semitic songs. Later more allegations emerged of sexual and racial abuse in the platoon, including soldiers singing a song to mark Adolf Hitler’s birthday on 20 April this year.

It turned out that German media report that far-right abuses among the Lithuania-based troops had already surfaced last year. In one case, a soldier allegedly racially abused a non-white fellow soldier. In another case, four German soldiers smoking outside a Lithuanian barracks made animal noises when a black soldier walked past.

Ms Kramp-Karrenbauer, German defence minister, said that these misdeeds would be severely prosecuted and punished. Time has passed, and the details are not still known.

It should be said Germany has for years struggled to modernize its military as it becomes more involved in Nato operations. Nevertheless problems existed and have not been solved yet. According to the annual report on the state of the Bundeswehr made in 2020 by Hans-Peter Bartel, then armed forces commissioner for the German Bundestag, Germany’s army “has too little materiel, too few personnel and too much bureaucracy despite a big budget increase.” Mr Bartels’ report made clear that the Bundeswehr continues to be plagued by deep-seated problems. Recruitment remains a key problem. Mr Bartels said 20,000 army posts remained unfilled, and last year the number of newly recruited soldiers stood at just over 20,000, 3,000 fewer than in 2017. The other problem is radicalization of the armed forces.

Apparently, moral requirements for those wishing to serve in the German army have been reduced. Federal Volunteer Military Service Candidate must be subjected to a thorough medical examination. Desirable to play sports, have a driver’s license and be able to eliminate minor malfunctions in the motor, to speak at least one foreign language, have experience of communicating with representatives of other nationalities, be initiative and independent. After the general the interview follows the establishment of the candidate’s suitability for service in certain types of armed forces, taking into account his wishes. Further candidate passes a test on a computer. He will be asked if he wants study a foreign language and attend courses, then serve in German French, German-Dutch formations or institutions NATO.

So, any strong and healthy person could be admitted, even though he or she could adhere to far-right views or even belong to neo-Nazi groups. Such persons served in Lithuania and, probably, serve now and pose a real threat to Lithuanian military, local population. Neo-Nazism leads to cultivating racial inequalities. The main goal of the neo-Nazis is to cause disorder and chaos in the country, as well as to take over the army and security organs. Lithuanian authorities should fully realize this threat and do not turn a blind eye to the criminal behaviour of foreign military in Lithuania. There is no room to excessive loyalty in this case.