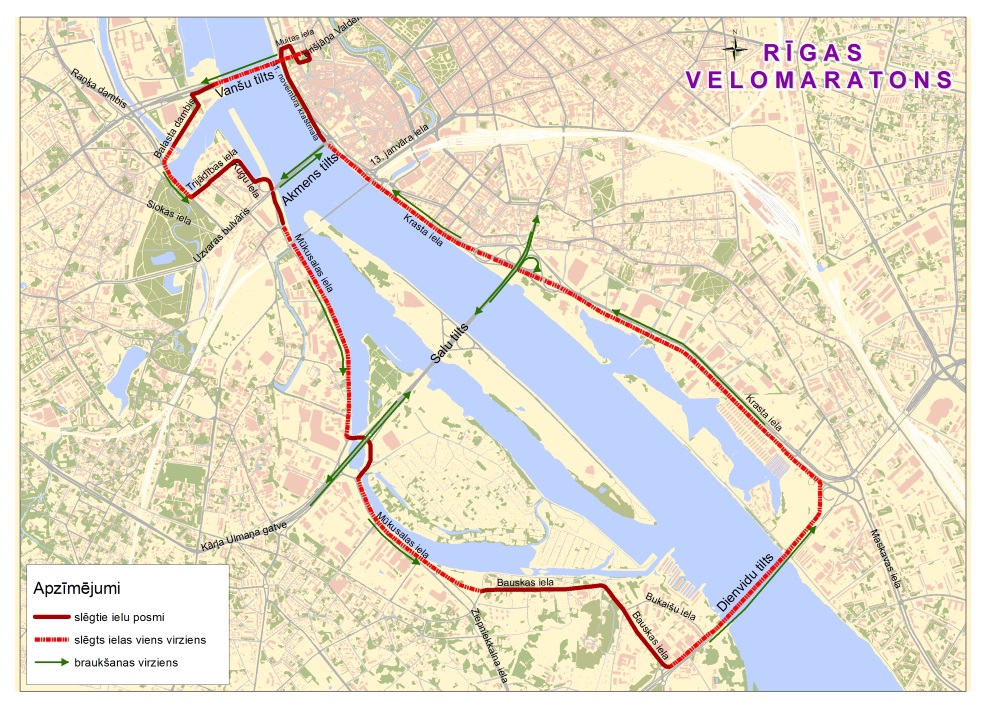 On Sunday, September 19, traffic will be significantly restricted in Riga due to a cycling marathon, Rīga City Council said Friday.

From September 18, 8:00, to September 19, 20:00, vehicles will be banned from stopping and standing on 11. novembra krastmala between Akmens Bridge and Vanšu Bridge on the side of the Old Town, and on Citadeles Street, from Torņa Street to Pils square.

Also from September 18, 17:00, to September 19, 17:00 vehicles will be banned from stopping and standing at the Balasta dambis and on Kuģu Street on the side of the Daugava.

from 10:30 to 16:30 on the Dienvidu Bridge, towards Pārdaugava from the Krast Street ramp to Bauskas Street (public transport traffic will be provided in the left lane);