Rīga bus stops lose roofs; replacement yet to be bought 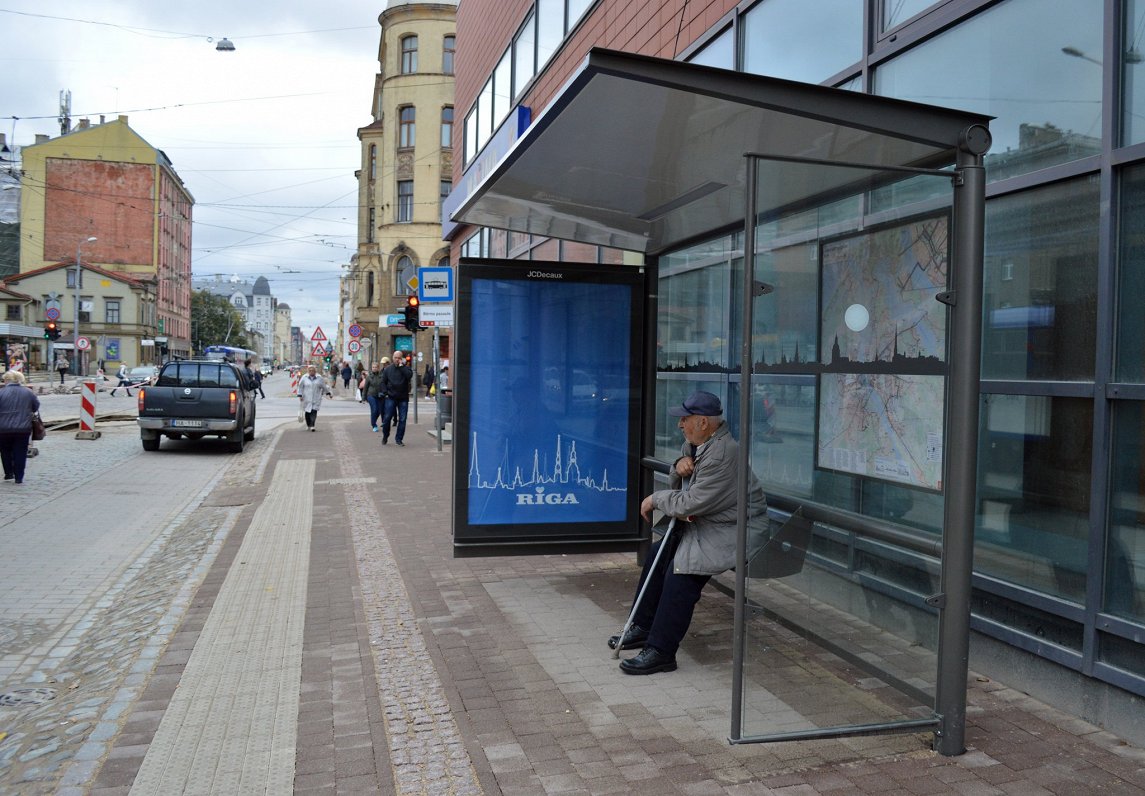 The enterprise owning part of shelters at public transport stops in Rīga has started removing them, and the City Council has no replacement shelters yet, Latvian Radio reported April 16.

Environmental advertising company “JCDecaux Latvija” which owns around a hundred shelters at Rīga public transport bus stops has begun to remove them after the contract expired. Currently around ten have been removed, but there are around 100 in total.

But it turns out that Rīga has no replacement shelters to put in place of those dismantled. The council has now started work on procurement documents to launch a competition in the middle of the summer, but new shelters will likely only be placed at the end of the year.

“The local government has already started work on the development of a technical specification for the procurement procedure, so that a new uniform design shelters can be set up by the end of the year in place of the dismantled ones,” Riga Municipal Construction Board representative Edgars Butāns told Latvian Radio.