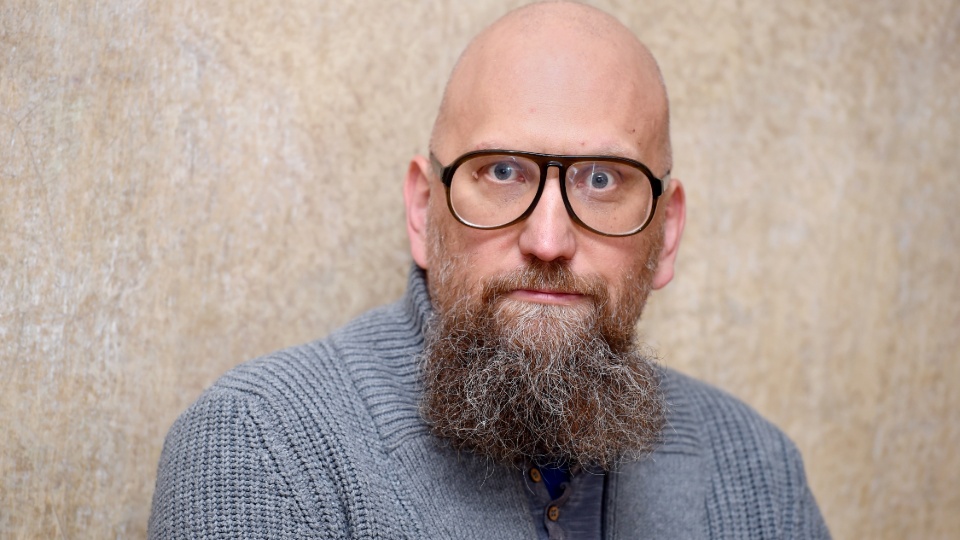 Latvia’s parliament, the Saeima, has just increased its artistic credentials with an acclaimed sculptor becoming its newest deputy.

On Friday, December 18, the Saeima approved the elevation of sculptor Aigars Bikše to the status of a member of parliament for the Development/For! faction. He takes up the temporary mandate left vacant by party colleague Arturs Toms Plešs becoming the new Minister for Environmental Protection and Regional Development.

Under the Latvian system, ministers can have nominated stand-ins for parliamentary business while they are taking care of ministerial business. It does not increase the number of parliamentary votes each faction can exercise.

Instantly recognizable as a result of his bald head and bold spectacles, Bikše is one of Latvia’s best-known artists, making international headlines in June with a giant sculpture of a COVID-era medic erected in Rīga,  as previously reported by LSM  . He is also a professor at the Latvian Academy of Arts.