Reaction to Biden-Putin summit ranges from ‘positive’ to ‘disturbing’ 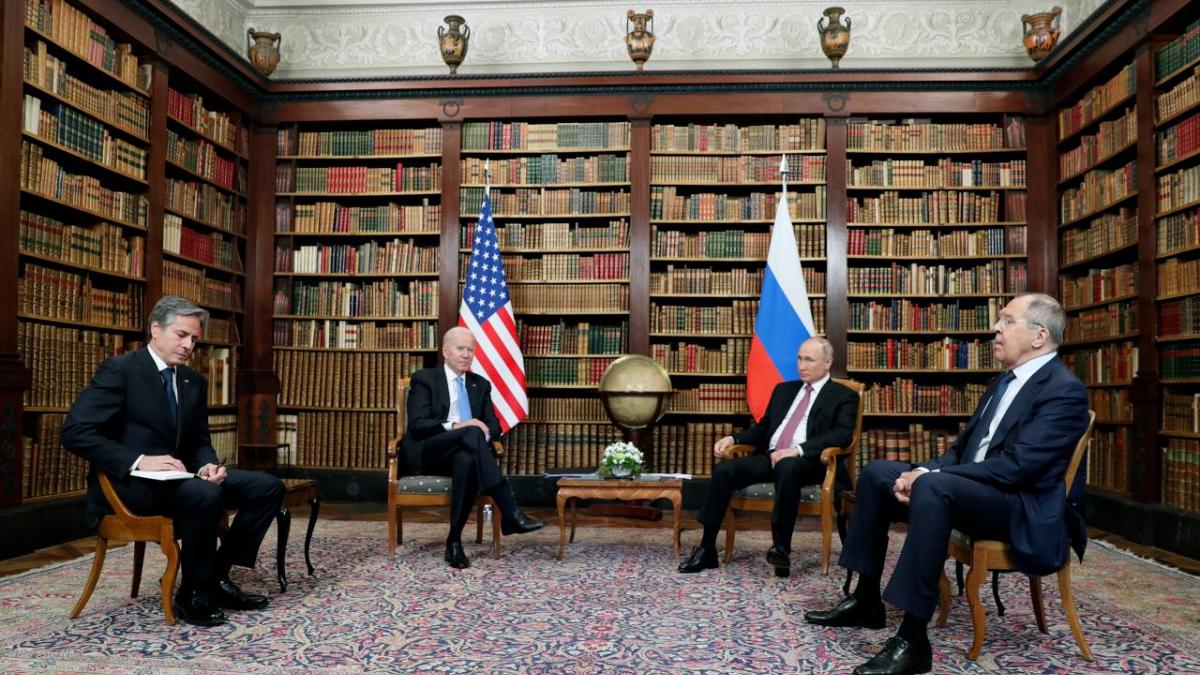 Here is some reaction to their bilateral meeting in Geneva.

“President Biden not only has the advantage of lessons learned from the failures of past administrations in dealing with Vladimir Putin, but I think he also has the advantage of a very high level of expertise in his administration when it comes to issues related to Russia, but also I think he comes to it with the right instincts himself. … Every previous American president made the mistake of trying to accommodate, or to use the term from another historical era, appease Vladimir Putin, and essentially turn a blind eye on the domestic authoritarian abuses.”

“It is very disturbing to hear President Biden suggest that it would hurt Putin’s standing if people throughout the world believed he interfered in our election or the elections of other nations. It is clear to me that Putin could care less about how he’s viewed by others and, quite frankly, would enjoy the reputation of being able to successfully interfere in the internal matters of other countries. … Equally disturbing was the statement by President Biden telling Putin that if harm came to dissident Alexei Navalny that it would hurt Putin’s standing with the rest of the world. Again – I believe President Biden has miscalculated who he is dealing with.”

“I was pleased to see President Biden stand his ground today against Vladimir Putin and send a strong message that his administration will not turn a blind eye to Putin’s belligerence. The President’s resolve was clear: there will be consequences for bad actors and the United States will hold Russia accountable for actions that threaten our national security and global stability.”

“The decision taken today to reinstall the ambassadors in their respective capitals is already a positive signal.”

“This wasn’t a summit. It was really just a meeting. Neither side came expecting to achieve much because there currently isn’t much room for U.S.-Russia cooperation. Instead, this was about the U.S. trying to turn down the temperature in relations and to draw clear red lines with Russia. The outcomes were thus small but potentially useful and important – restarting nuclear talks and putting ambassadors back in place. But the real test will be whether Russia changes its behavior and tones down its hostile actions against the U.S. and Europe. I’m sure the Biden administration won’t be holding its breath.”

“President Biden’s announcement that the U.S. and Russia will task experts in both countries to address the threat of ransomware attacks being carried out within Russia to discuss ‘what’s off-limits and to follow up on specific cases’ is critical. Sold as a mutual interest, which President Putin confirmed separately, this technical working group will deepen and create relationships necessary to get a better early warning about criminal hacking groups and agree on efforts to stop them. Putin’s comment that ‘we need to get rid of insinuations’ and ‘begin consultations on this topic’ suggests that Russia will cooperate, at least at the working level.”

“This summit and the news of a new dialogue on future arms control are of course welcomed, but it doesn’t actually match the seriousness of the global security situation today. The risk of nuclear weapons use is currently higher than it’s ever been, it requires a concrete commitment to work on reducing nuclear arsenals urgently. Countries around the world are joining the Treaty on the Prohibition of Nuclear Weapons and are expecting the U.S. and Russia to move faster towards nuclear disarmament.”

“There were no earth-shattering moments there, to say the least. We got what we anticipated, but it was a pretty low bar, and low expectations. And we met those expectations. … President Biden, certainly he was vice president, his many years in office, he liked having personal connections to people. I think he thought, and continues to think that’s how you get things done, you build relationships, and on the (basis) of those relationships you can get down to business. I think Mr. Putin is a very different character.”

“We are very pleased that President Biden had extended the invitation to President Putin to meet and to have conversations. Because there is no way to get to the point of talking about Paul’s release without having some sort of working relationship between the U.S. government and the Russian Federation’s government. … It’s the first time we’ve really heard at the U.S. presidential level that sort of support for our family members.”