Rail Baltica to be completed on time 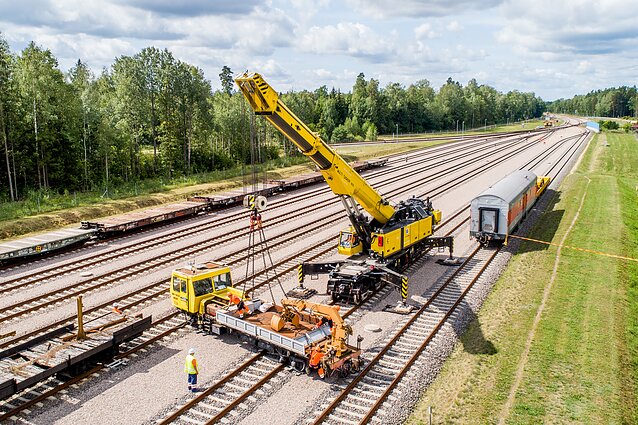 Lithuania is ready to complete the Rail Baltica project, which will connect the Riga, Tallinn and Vilnius via high-speed rail, by 2026, the country’s Transport Minister Jaroslav Narkevič said in a meeting with his Baltic counterparts.

Narkevič said Lithuania was speeding up the works on the rail section from Kaunas to the Latvian border.

“Lithuania’s implementing body Lithuanian Railways recently launched a market consultation for a 470-million-euro Rail Baltica construction procurement in Lithuania which is due to start soon,” Narkevič is quoted in the ministry’s press release.

“Suppliers from Lithuania, Latvia, Estonia and other countries are invited to participate actively and make use of this opportunity,” he said.

The 870-kilometre railway that will connect Estonia, Latvia, Lithuania and Poland is expected to be completed by 2026, but has recently encountered delays.

An audit into Rail Baltic published in January  revealed   risks of budget overruns and failing to complete the project on time.

The European Commission, Latvia and Estonia would like more centralisation within the Baltic joint venture that coordinates the project.

But Lithuanian officials are in favour of the current model and say additional safeguards would have to be introduced to ensure that taxes on the work done in each country stay within the borders.

During the online meeting between Baltic transport ministers on April 17, they reviewed possible changes to management structures of the joint venture RB Rail AS that could help complete the project on time. Latvian Transport Minister Tālis Linkaits said that part of the project activities currently implemented by the country’s SIA Eiropas Dzelzceļa Līnijas would be transferred to the joint venture.

Meanwhile, design works are ongoing for 643 kilometres of the railway line, including all of Estonia, Latvia and two sections in Lithuania, according to the press release.

Rail Baltica will connect Warsaw, Kaunas (and Vilnius), Riga, Tallinn and, indirectly, Finnland. The project is due to be completed in 2026.

The total cost of the project is estimated at around 5.788 billion euros, including 2.474 billion euros for the section in Lithuania.