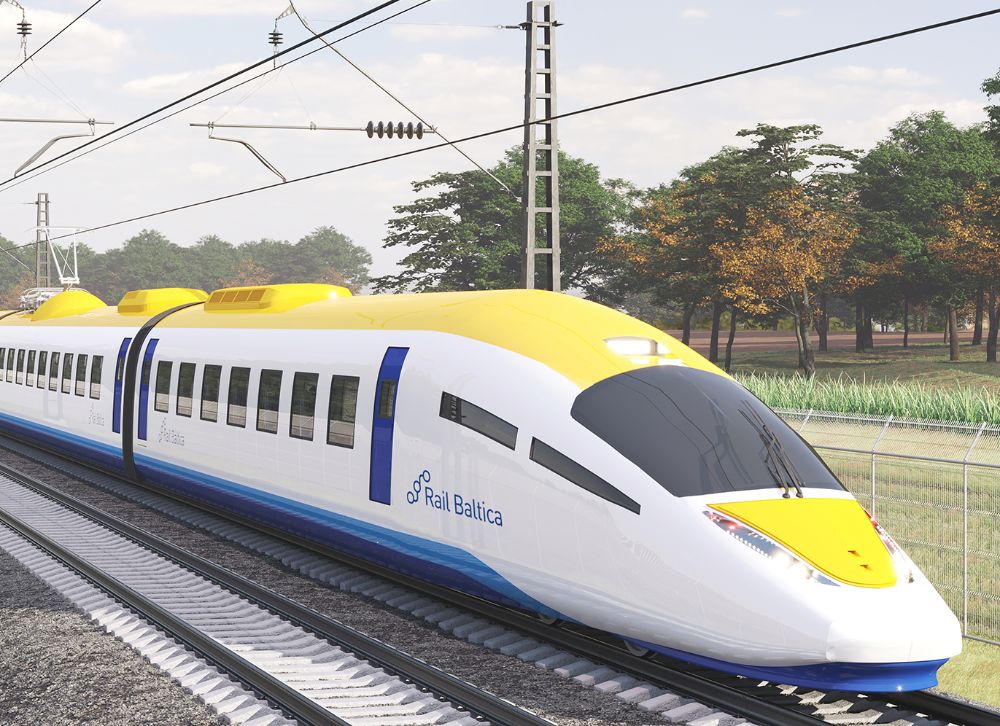 Rail Baltica has developed the first high-speed virtual concept of the train that will connect the Baltic states with the Western European railway network. The provided virtual concept train illustrates the features of the high-speed train. The train visualisations are based on a general model train, allowing everyone to imagine the future train.

Rail Baltica has revealed a general overview of the virtual train’s design concept and features. As the Rail Baltica project provides the infrastructure, the Joint Undertaking RB Rail AS has no business in operating on the line, but nonetheless shows a concept of the planned features and look for the train. The goal is for the infrastructure to be open for as many different operators and trains as possible, for when the line is finished in 2026.

The Baltic infrastructure managers of Rail Baltica line are working on a single window solution to increase competition on the line and provide good service quality for Rail Baltica passengers. Therefore, the concept images are illustrative and do refer to any specific rolling stock to be used on Rail Baltica infrastructure.

“Only 37 percent of the people in Estonia and Latvia and 27 percent in Lithuania have travelled by high-speed train, according to the survey that was carried out across the Baltic countries at the end of 2020″, comments Agnis Driksna, CEO and Chairperson of the Management Board at the Rail Baltica joint venture RB Rail AS. “This requires us to even more actively inform and educate society about personal, environmental and economic benefits that the high-speed train would give to people of our region, including its overall positive impact and experience one can get when travelling by a high-speed train.”

The inspiration for the train design comes from the one element that connects all three Baltic states – the Baltic sea. Sun, sea, and sand are reflected in the color scheme of the model train. This virtual model is an imaginary train, inspired by the most modern high-speed train sets which are in operation in Europe and elsewhere in the world.

Safety is a priority

Rail Baltica will be the first high-speed railway line in the Baltic States, hence safety measures are especially important. “The train will be equipped with a fire safety system, including with smoke detection and fire extinguishing, video surveillance system, driver’s vigilance system as well as an emergency button to get in touch with the train attendant. We have designed the train according to the latest ergonomic and comfort standards”, saysJean-Marc Bedmar, RB Rail AS Head of Systems and Operation Department.

In the Standard Class, each train is envisaged to consist of 8 carriages with approximately 70 seats per carriage. Wi-Fi services, USB slots, charger points, and screens with updated information on the travel route will be available to all the passengers. The First Class will have a higher level of comfort such as more personal space with fewer people per carriage and extra legroom. 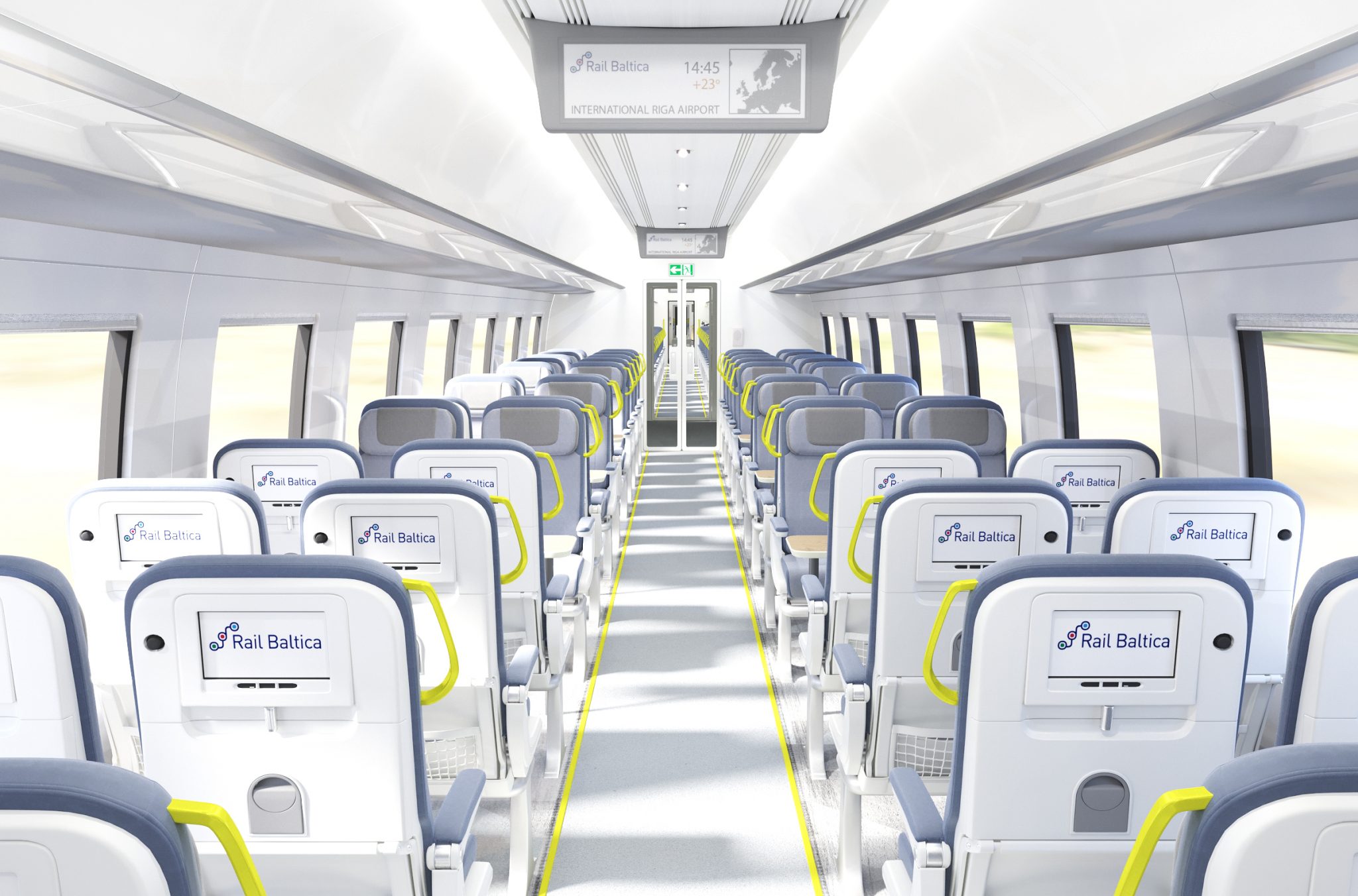 A special area for business travellers will be available with teleconferencing facilities such as the meeting room and presentation screen. A cafeteria located between the standard and first class will be serving hot drinks and snacks throughout the journey.

Dedicated spaces allow wheelchair access for passengers with reduced mobility and priority seats for senior passengers, and each restroom is envisaged to be equipped with a baby changing table. Also, a special place for pets as they will be allowed to travel with the owners on every leg of the journey.

The train also has a dedicated bicycle and baggage storage. To make the travelling especially convenient for business and leisure travel passengers will have an option to check-in their luggage for the airport connections.