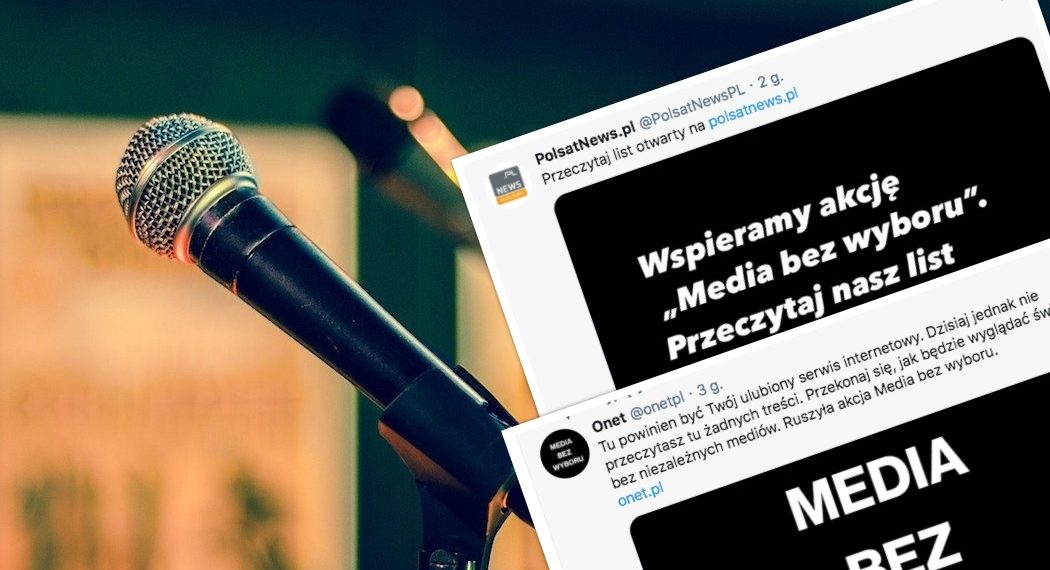 Sections of the privately owned media in Poland imposed a news blackout on Wednesday morning in protest over a proposed new tax on advertising revenue.

Independent media companies have warned the tax could stifle media pluralism and free speech in the country. They argue its introduction will mean a “weakening or even liquidation” of some media operating in Poland, as well as limiting the possibilities of financing qualitative and local content.

Radio broadcasters such as RMF FM, ZET, TOK FM, Rock Radio also joined the action and broadcast a special announcement instead of the planned programme

“Your favourite website should be here,” said a statement published on the Onet website. “Today, however, you will not read any content here. See for yourself what the world will look like without independent media. Media without choice has started.

“Read our open letter to the authorities of Poland,” the statement continued. “For us, the most important thing is that YOU have a choice. We would like to thank users and business partners for their understanding and support.”

The government has justified the tax by saying it will use the proceeds to support the national health care system, the National Monument Protection Fund, and the creation of a fund supporting culture and national heritage in the media.

Reacting to the protest, government spokesperson Piotr Muller said he was surprised by its manner, and said that the form of the tax was still being debated.

“There is a pre-consultation stage at the moment; we encourage you to sit down for a dialogue and talk about this project,” he added.