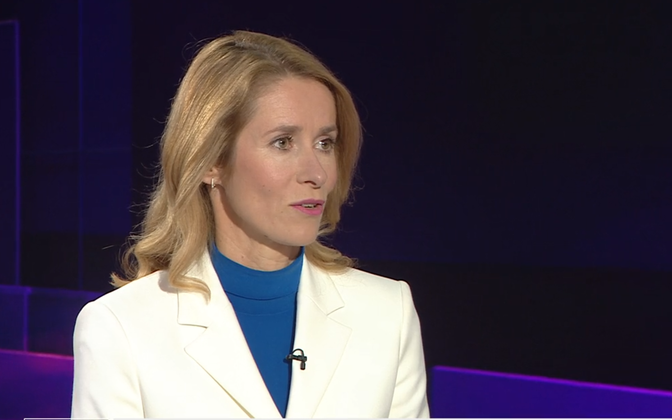 Prime Minister and Reform Party chairwoman Kaja Kallas said a recent drop in support ratings for her party stems from carrying the responsibility of being in government.

“Reform Party carries the responsibility of being in government. This means the anger regarding two topics currently affecting society – the coronavirus crisis and high electricity prices – must be directed at someone,” Kallas told ERR on Tuesday morning.

She told Vikerraadio’s morning show “Vikerhommik” that there are no simple solutions for such problems, although populists in opposition parties may offer them up. Kallas said the Conservative People’s Party of Estonia’s (EKRE) rise in support must be acknowledged.

“But party ratings go up and down and if we begin making choices on ratings in government, it would not be good for the country,” the prime minister noted. “The easiest thing to do would be not to decide anything, but that would also note be good for the state as a whole.”

Recovery fund to less than €800 million

Speaking on the EU’s recovery fund, set to officially be announced on Tuesday, Kallas said the sum Estonia will receive will be less than initially planned since the country’s economy has recovered unexpectedly well.